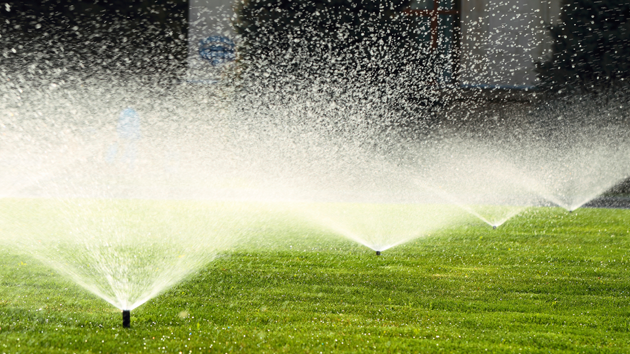 Finally, some good news on the California drought beat: Californians reduced their residential water usage in May by a whopping 29 percent compared to the same month in 2013, according to a report released today by the State Water Resources Control Board. That’s the steepest drop in more than a year.

Californians may have been inspired to reduce their water use by the mandatory, statewide municipal water cut of 25 percent that Gov. Jerry Brown announced in April, though those cuts didn’t go into effect until June. (Those 25 percent reductions did not apply to agriculture, which uses an estimated 80 percent of the state’s water, though some farmers have faced curtailments.)

“The numbers tell us that more Californians are stepping up to help make their communities more water secure, which is welcome news in the face of this dire drought,” said State Water Board Chair Felicia Marcus in a press release. “That said, we need all Californians to step up—and keep it up—as if we don’t know when it will rain and snow again, because we don’t.”

In May, California residents used 87.5 gallons per capita per day—three gallons per day less than the previous month. Big cities that showed the most dramatic cuts include Folsom, Fresno, and San Jose. But water use by area varies drastically, with places known for green lawns and gardens, like Coachella and Malibu, using more than 200 gallons per person per day. Outdoor water usage is estimated to account for about half of overall residential use.

Officials are cautiously optimistic. Board spokesman George Kostyrko says Californians “did great in May and we are asking them to keep doing what they are doing and work even harder to conserve water during these critical summer months and beyond.”