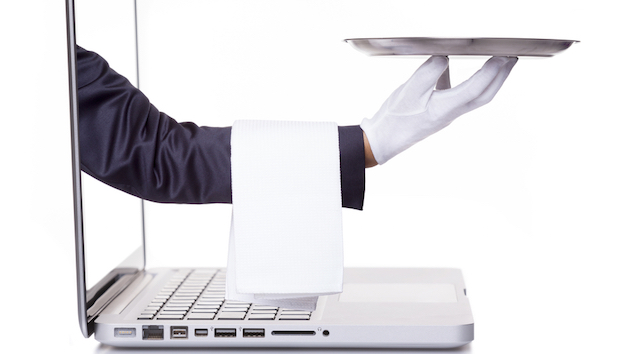 The food politics beat was as tumultuous and fascinating as ever in 2015. Here, in no particular order, is my list of the year’s biggest stories. Let me know what I missed in the comments section.

1) Chipotle loses its halo. Unlike its rather timid salsas, Chipotle Mexican Grill’s stock has typically been red-hot, rising more than sevenfold between 2009 and the end of 2014. The burrito behemoth drove its rapid growth by successfully marketing itself as a rustic, farm-friendly alternative to faceless, soulless agribusiness. This year, however, the company’s halo has plunged into the muck. Chipotle got caught in a seemingly endless chain of foodborne illness disasters: an E. coli outbreak that sickened 53 people, including 20 who had to be hospitalized, mostly in the northwest; a norovirus eruption in Boston, affecting 80 people, including 10 members of the Boston College basketball team; and just last week, another E. coli imbroglio, this time centered in the Midwest. Adding insult to (gastric) injury, in one of Bloomberg BusinessWeek‘s final issues of the year, the cover depicts an image of a Chipotle burrito vomiting its contents.

As the Washington Post’s Roberto Ferdman suggested, serving hand-prepared food from fresh ingredients is tough to pull off safely while also opening new stores at a fast enough clip to appease growth-hungry investors. (The company’s total number of stores leapt from 704 in 2007 to 1,783 in 2014—150 percent growth in less than a decade.)

Meanwhile, the excellent financial writer Helaine Olen revealed that Chipotle’s much-ballyhooed “Food with Integrity” pledge apparently doesn’t extend to employee wages. The company got its wrist slapped by the National Labor Relations Board for firing a St. Louis employee for participating in the Fight for $15 campaign. And Chipotle workers make just marginally more in wages than their peers at McDonald’s, Olen showed. Chipotle stock lost around a quarter of its value over the course of the company’s rough 2015.

The US meat industry burns through about three times the amount of antibiotics used in human medicine.

2) The meat industry’s antibiotic problem festers. In order to churn out cheap product, the global meat industry relies heavily on antibiotics—the very same drugs used by doctors to stave off infections in people—to spur animals to grow faster and avoid disease in tight conditions. Here in the United States, the meat industry burns through about three times the amount of antibiotics used in human medicine, according to the Food and Drug Administration’s latest reckoning. And the meat industry’s demand for “medically important” antibiotics grew an eye-popping 23 percent between 2009 and 2014, the FDA found. The practice drew a rising crescendo of warnings from public health authorities in 2015. Echoing similar statements from the Centers for Disease Control and Prevention and the World Health Organization, the American Academy of Pediatrics warned that the meat industry’s antibiotic habit “often leaves the drugs ineffective when they are needed to treat infections in people,” leaving kids particularly vulnerable.

Scarier still: A group of Chinese and UK researchers published a reported in The Lancet that they had discovered a strain of E. coli in Chinese pig farms that can shake off colistin, a last-resort drug for a variety of pathogens that can resist other antibiotics. And this particularly ferocious superbug isn’t likely to stay put on those Chinese hog farms, the researchers warned. Once the E. coli gene that arose to resist colistin “becomes global, which is a case of when not if, and the gene aligns itself with other antibiotic resistance genes, which is inevitable, then we will have very likely reached the start of the post-antibiotic era…At that point if a patient is seriously ill, say with E. coli, then there is virtually nothing you can do,” one of The Lancet study’s authors told the BBC. Uh oh.

3) The GMO industry doubles down on herbicides… Since GM crops first hit farm fields in the mid-’90s, the industry has relied heavily on one blockbuster innovation: a gene that confers corn, soybeans, cotton, and a few other crops with the power to shake off an herbicide called glyphosate, marketed by Monsanto as Roundup. The product rapidly conquered US farm fields and minted profits for Monsanto, which made bank from selling the high-priced seeds and the weed-killing chemical, which farmers could spray on their fields at will, leveling weeds and leaving crops unscathed. But the so-called Roundup Ready seeds became too successful for their own good—weeds developed the ability resist the ubiquitous chemical, leading farmers to uncork a gusher of older, more toxic herbicides onto their fields.

After years of development and regulatory hurdles, the GMO/agrichemical industry debuted its new (weed) killer app to solve the problem: genes that confer resistance to those older, more toxic herbicides, to be mashed up with the Roundup-resistant gene. Dow introduced its Enlist Duo line of corn and soybeans, engineered to resist a cocktail of glyphosate and a decades-old herbicide called 2,4-D. And Monsanto is hotly anticipating approval of its own double-herbicide-resistant product, cleverly deemed Roundup Ready Plus: corn and soybeans tweaked to stave off a mix of gyphpsate and dicamba, another mid-century-era weed killer.

But the herbicide cocktail party got crashed by a few skunks in 2015. The World Health Organization declared glyphosate and 2,4-D—the two ingredients in Dow’s new mix—“probable” and “possible” carcinogens, respectively. And the Environmental Protection Agency temporarily revoked its approval of Dow’s herbicide cocktail just before Thanksgiving for reasons explained here, though Dow vows the cocktail will be back on the market in time for spring planting (and weed killing).

The future of genetic engineering promises to make old-school GMOs look as vintage as an iPod.

4) …and eyes dazzling new techniques. While the industry harbors high hopes for its herbicide-resistant products in the near term, it looks ahead to a future of genetic wizardry that promises to make old-school GMOs look as vintage as an iPod. First, there’s RNA interference, or RNAi, an emerging technique that allows engineers to turn off specific genes in living organisms, including crops, weeds, and insects. The industry has already used RNAi to create potatoes and apples that don’t brown quickly after cutting (neither of which has taken off in the marketplace). But the industry’s main hopes for big RNAi profits is through generating gene-silencing pesticides and herbicides, as this excellent MIT Technology Review article shows. The pitch is that these RNAi sprays will be able to precisely target specific pests, leaving everything else unscathed. Some scientists, including a USDA whistleblower, are unconvinced, as I’ve explained here and here.

Even more hype swirls around a powerful new technique called CRISPR (explained briefly in this video), which allows engineers to edit genomes like you might edit a document in Microsoft Word—by deleting unwanted genes and inserting new ones. DuPont announced that it’s experimenting with CRISPR to create drought-tolerant corn and soybeans, and it has vowed to have these crops in the field in as few as five years.

Then there’s something called “gene drives,” in which engineers can transform entire species by ensuring desired genetic alterations are passed on across generations—which could make crop pests like weeds and insects easier to kill, according to Harvard’s Wyss Institute for Biologically Inspired Engineering.

5) A historic El Niño eased California’s drought—but won’t fix its water troubles. The Golden State endured its fourth consecutive year of punishing drought, to which farmers responded by drawing ever more deeply from finite underground aquifers. In California’s vast Central Valley, one of the planet’s most productive farming regions, farmers have withdrawn water so rapidly that the ground is sinking by as much as a foot per year in some parts, permanently reducing the aquifers’ water-storage capacity and causing tens of millions of dollars in fouled-up infrastructure, including train tracks, roads, and bridges. Meanwhile, growers continued to shift from annual crops to long-lasting ones like almonds and pistachios, putting long-term strain on those same aquifers.

A historically powerful El Niño oceanic warming event is currently bringing much-needed rain and snow to the state, sparking hopes of a drought reprieve. But as I showed here, the state’s farms have gotten so big and productive that their water demands have outstripped the state’s water resources, even accounting for wet years.

2015 was the year when the American appetite for processed junk finally showed signs of waning.

After years of paying millions of dollars annually to remove Big Ag’s nitrates from its water, Des Moines pushed back, launching a lawsuit that would place farmers in its watershed under Clean Water Act regulation.

7) Americans are losing their appetite for Big Food (and Beer), which have responded by getting bigger. The American appetite for processed junk finally showed signs of waning, pinching the bottom lines of giant food conglomerates and inspiring them to woo back customers by cutting out artificial dyes and other hoary tricks of the trade. Another way the industry responded was by combining forces in hopes of slashing costs—see the merger of behemoths Heinz and Kraft.

Americans also continued to lose their thirst for corporate beer—giants MillerSAB and InBev saw sales drop even as craft-brew sales boomed. That trend inspired InBev to lean on its US distributors to sell less craft beer, a tale I laid out here. Similar trends played out globally, and that inspired SAB and Inbev to embark upon a megamerger. The resulting company will churn out nearly one in three beers consumed worldwide—nearly all of them, according to my palate, undrinkable.

Merger mania also extended to agrichemical companies—Dow and DuPont combined and have promised to create the globe’s largest GMO seed/pesticide company, bigger even then Monsanto and Syngenta. And those two companies nearly merged in 2015, and may yet.