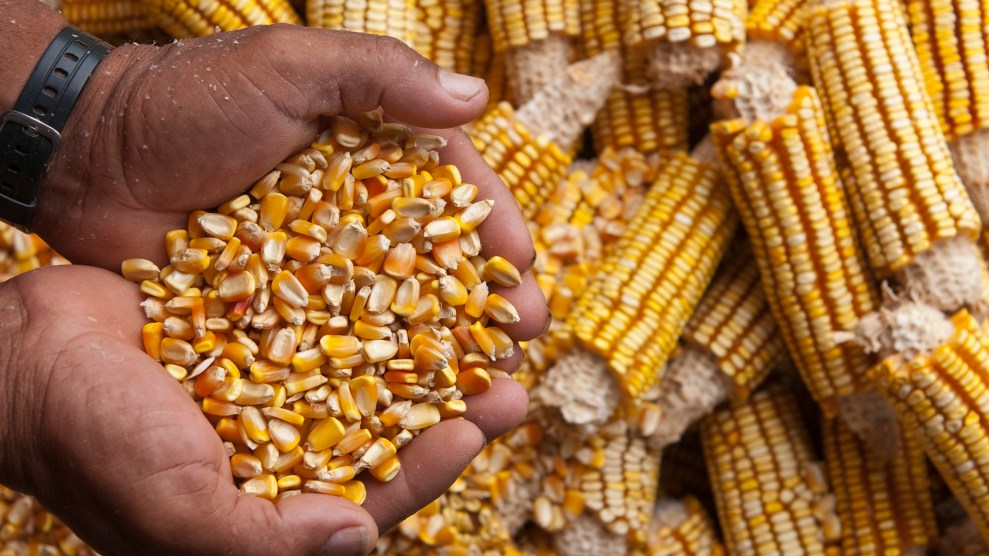 Two migrant farmworkers have filed a federal class action lawsuit against Monsanto, alleging that the company violated the Fair Labor Standards Act and the Agricultural Workers Protection Act while the workers were employed in fields where Monsanto grows corn to produce its hybrid seeds.

“The lawsuit, which is believed to be the first of its kind, alleges that Monsanto violated the acts by failing to pay its workers the minimum wage and failing to pay its workers when compensation was due. It also alleges that Monsanto misrepresented the way the employees would be paid and failed to keep adequate payroll records,” says Investigate Midwest‘s story on the lawsuit.

“I’m not aware of any other multi-state class action against Monsanto over its labor practices in production of seed corn,” said Teresa Hendricks, co-counsel for the plaintiffs and director of the Michigan Migrant Legal Assistance Project. She estimated potential damages at $2 million. “Potentially, it could be the highest amount of damages of this type of suit.”

The plaintiffs claim that Monsanto hired contractors to keep hire and pay workers, but that those contractors knowingly shorted employees.

Hendricks said the contractors were not named in the lawsuit because they “are not the ones with any real control. They are typically undercapitalized and struggle themselves with Monsanto, some have sued Monsanto even for pay. They will be deposed as witnesses in our case.”

Along with Monsanto, Dupont Pioneer has also been accused of hiring contractors who mistreat and underpay workers in its seed-corn fields. For more on those allegations, click here for the full report by Investigate Midwest.