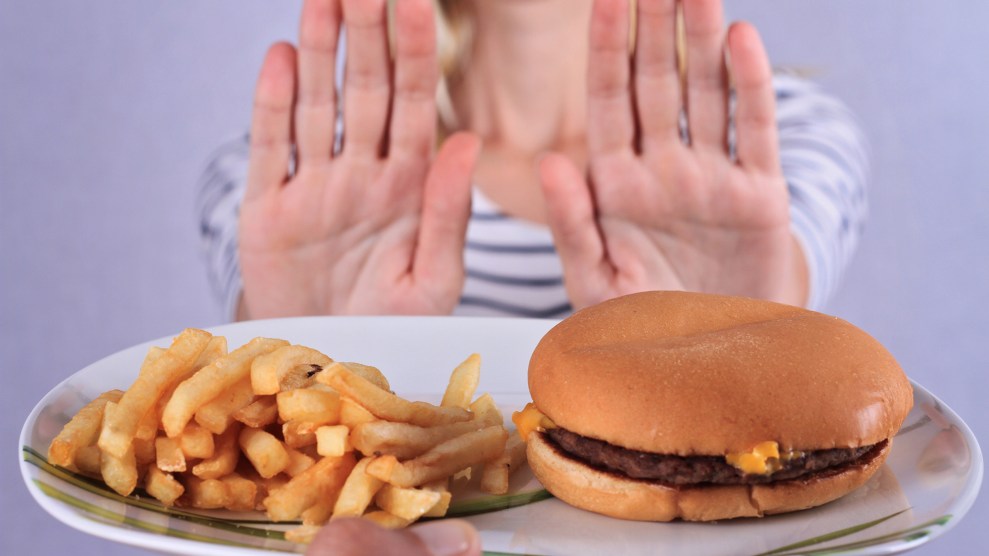 But in Ghana, the fried-chicken giant’s popularity is soaring. (Here’s a great 2014 piece by Alex Park on how the Gates Foundation helped KFC’s push into Africa.) The company, The New York Times reports, is winning customers with an aggressive marketing campaign “designed to appeal to a first generation of middle-class consumers looking for new experiences,” with appeals from “hustlers and influencers” who “rose from the streets and climbed the social ladder.”

“People march their sons and daughters to buy KFC and buy pizza and they like to show them what we can afford,” said Matilda Laar, who lectures about family and consumer sciences at the University of Ghana. KFC isn’t just food, she said. “It’s social status.”

In short, the US market for junk food remains profitable, but publicly traded companies like Yum! Brands, KFC’s parent, crave steady growth. And for that, they must look beyond the United States. Today, just 20 percent of KFC’s outposts are located in the United States, while 60 percent are located in so-called “emerging markets”—low- to middle-income countries like Ghana, with growing middle classes on the hunt for novel foods.

The same trend is afoot in the kind of processed food you find at the center of the supermarket. Back in June, Nestlé put its candy division—think Butterfinger, Crunch, and Baby Ruth bars—up for sale, because “demand for sweets has fallen off in the United States,” as The Times put it.

While it retrenches in the United States, the Swiss candy giant—the world’s largest packaged-food conglomerate—is pushing hard into emerging markets with the same gusto as KFC. Last month, New York Times reporters Andrew Jacobs and Matt Richtel took a deep dive into Nestlé’s long effort to conquer Brazil. The company has dispatched a team of 7,000 saleswomen from urban slums out to the countryside, to “expand its reach into a quarter-million households in Brazil’s farthest-flung corners,” Jacobs and Ritchell report. The items they’re pushing include the sweet snacks much like the ones Nestlé is backing away from in the United States, as well as Mucilon, a sugary porridge for infants.

The reason Big Food is casting its gaze away from the country that first fell in love with corporate fare is simple: In industrialized economies like the United States and Europe, overall demand for food grows slowly, at about the same rate as population. And that’s not fast enough for investors who demand brisk profit growth every quarter. Worse still, there are signs that US kids are now eating less of the stuff as parents become more health-conscious.

But in places like Brazil and China (which boasts 5,324 KFC outlets—more than 1,000 more than we have in the United States), widely available junk food is relatively new, and the class of people who can afford it—and be convinced it’s a status symbol—is growing fast.

Big Food is emerging as a two-headed beast: one that will sell you a $5 pour-over coffee, fussed over by a mustachioed barista in the United States, or a cheap pouch of sugary pudding abroad.

Of course, as highly marketed junk food swarms these regions, US-style diet-related maladies take root. In Brazil, for example, the obesity rate has nearly doubled over the past decade, the Times reports. And while Nestlé touts its effort to fortify its products with vitamins and reduce sugar, the Times quotes one of the company’s rural vendors who notes that what sells best are “virtually all sugar-sweetened items like Kit-Kats; Nestlé Greek Red Berry, a 3.5-ounce cup of yogurt with 17 grams of sugar; and Chandelle Pacoca, a peanut-flavored pudding in a container the same size as the yogurt that has 20 grams of sugar—nearly the entire World Health Organization’s recommended daily limit.”

But there are still segments of the US food market that giants like Nestlé covet: the very ones that have developed as a reaction against their trademark bland, industrialized fare. In sharp contrast to fast food and candy bars, “artisanal” foods and beverages are growing in popularity.

Take coffee. Nestlé is by far the globe’s largest coffee roaster, with a jaw-dropping nearly 23 percent share of the global retail coffee market. But in the United States, sales of its Nescafé instant coffee and even its Nespresso pods are starting to slump.

And so last month, just weeks after putting its US candy business on the chopping block, Nestlé plunked down a reported $425 million for a 68 percent stake in ultra-hipster coffee roaster/chain Blue Bottle. By Nestlé standards, Blue Bottle is a rounding error in terms of size—it operates just 42 shops.

The lure, of course, is growth. As the Financial Times recently noted, the kids like to drink coffee out. “According to a National Coffee Association survey, 15 per cent of millennials aged 18 to 34 had their last cup of coffee in a café and 32 per cent had an espresso based drink the day before the survey, the highest share for any age group,” the FT reports. The paper adds that US specialty coffee shops generated $23 billion in sales in 2016, and are expected to reach $28 billion by 2021.

A banker for JPMorgan Chase, which advised Nestlé on the deal, put it this way to the FT: “Blue Bottle is like an artist studio where you go for specialist coffee; walk into any store and you’re likely to feel a real downtown vibe … Nestlé lacked in its portfolio something with this kind of unique profile, which is premium and for aficionados.”

And thus Big Food is emerging as a two-headed beast: one that will sell you a $5 pour-over coffee, fussed over by a mustachioed barista in the United States, or a cheap pouch of sugary pudding abroad. It remains to be seen, of course, whether Blue Bottle can maintain its fanatical attention to quality and detail under Nestlé’s profit-minded gaze. Or whether hipsters will still flock to cafes that are majority-owned by the company most famous for sugary instant chocolate milk.