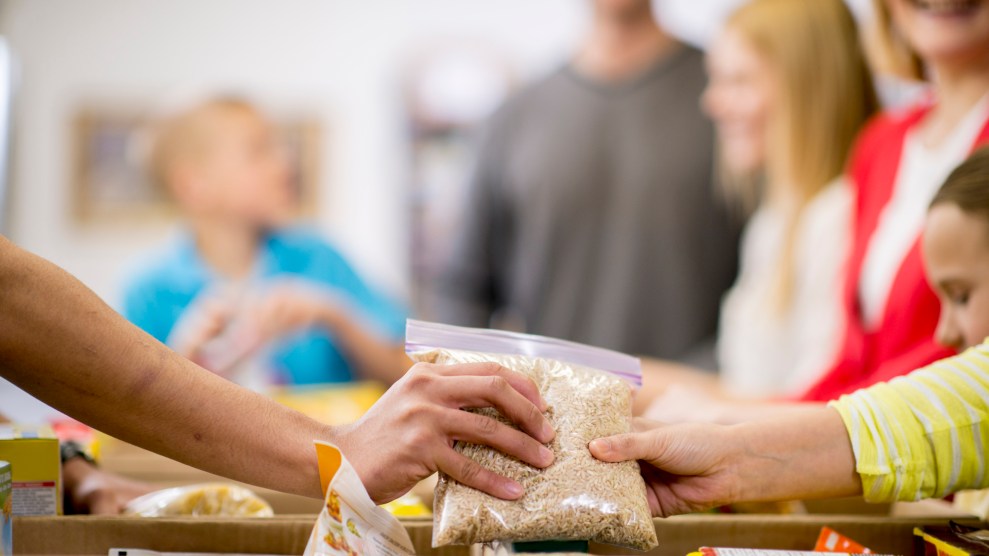 The ultraconservative wing of the US House Republicans regards federal anti-hunger initiatives like a typical first-grader reacts to spinach: with loathing and disgust. But their latest effort to slash the biggest one of all, the Supplemental Nutrition Assistance Program (SNAP), once known as food stamps, might only put the program on stronger footing.

The battle over SNAP is playing out within the House Agriculture Committee, which is currently trying to cobble together a draft of the farm bill. The bill is a twice-per-decade piece of legislation that funds SNAP as well as a raft of farm programs. Recent closed-door farm bill negotiations have collapsed because some of the committee’s GOP stalwarts are pushing to broaden and intensify work requirements for SNAP, Politico reports.

Under current SNAP rules, non-disabled adults without dependents can only receive benefits for three months over a three-year period, unless they work or are enrolled in job training for at least 80 hours per month.

It’s not clear exactly how the Republican agenda would change that, because no formal plan has been released to the public. Democratic staffers told Politico that the revised requirements would affect up to 5 million of the 42 million people who rely on the program—including “millions of school-age parents who are currently exempt in many states.” Ultimately, Politico’s Democratic sources claim, the proposal would “result in at least a million recipients dropping off of SNAP over an unspecified time period due to stricter work requirements and income limits in some states.” Altogether, this reduction would “slash more than $20 billion in spending on food stamp benefits over a decade, while mandating $13 billion in new administrative costs, according to the Democrats.” Republicans on the committee deny those numbers, but have declined to release a draft of the proposal.

Meanwhile, a Center on Budget and Policy Priorities report released last week found that adding harsh work requirements to poverty programs “rarely leads to significant increases in meaningful employment, and often results in increased poverty for those who lose benefits without increasing earnings.” If boosting employment among SNAP recipients is the goal, CBPP adds, Republicans should consider training and support programs that empower long-term unemployed people to get and hold jobs. But that would require exactly what anti-food-aid Republicans despise: more government spending.

This SNAP reform has little chance of passing. The math just doesn’t work.

But here’s the thing: This SNAP reform has little chance of passing. The math just doesn’t work. A significant portion of right-wing House Republicans will only vote for a farm bill that includes not just these SNAP cuts, but also cuts to farm programs. And most House Dems and even some moderate Republicans will only vote yes if the bill preserves both. Given those conditions, “How you’re going to get that bill across the floor is a mystery to me,” US Rep. Collin Peterson (D-Minn.), the ranking Democrat on the agriculture committee, recently said on the Adams on Agriculture podcast.

And even if, by some unlikely event, the House does deliver a farm bill with punitive SNAP work requirements, it will likely stall in the Senate, where the ag committee is currently drafting a bill that preserves SNAP spending—with bipartisan cooperation.

If Congress fails to pass a farm bill this year, SNAP will automatically be renewed as it is currently structured. And the task of renewing the farm bill will be passed to the next Congress—when the House could well swing to Democratic control, further marginalizing SNAP-averse GOP members. Despite the passion of its House critics, SNAP as we know it is looking pretty secure.