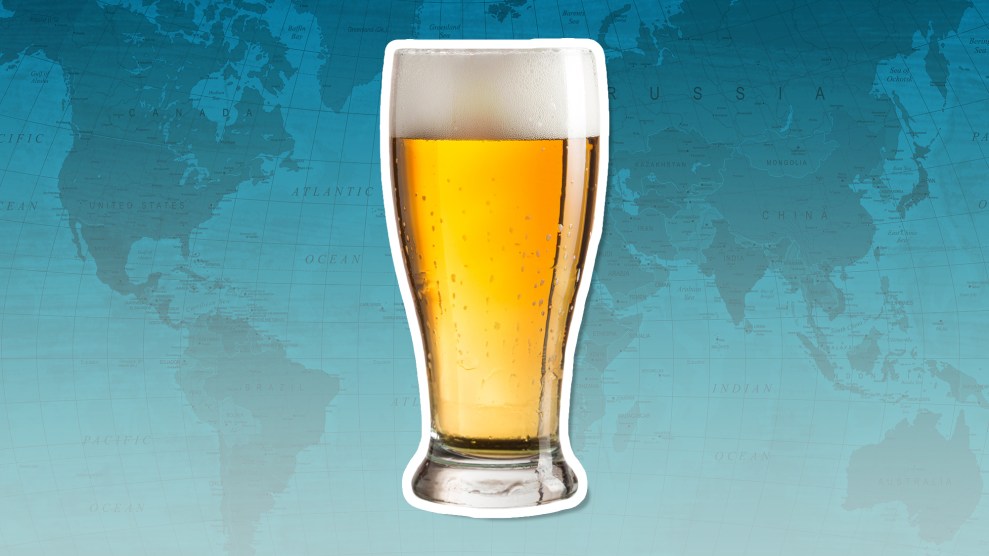 Earlier this month, I published a story looking at the link between alcohol consumption and cancer. The science in this area is pretty clear: Alcohol is implicated in about five percent of all cancer cases, and 15 percent of all breast cancers. The news came as a surprise to a lot of people, as it did to me when I was diagnosed with breast cancer last year. Since my story came out, I’ve had many conversations with friends, colleagues and readers all wanting to know more about their own personal risk from drinking, how much is too much, and whether it’s too late to cut back.

These are all important questions on an individual level, but when it comes to cancer and alcohol, individual risk isn’t really the right focus for a broader public health discussion. Sure, it’s important for people to try to reduce their own personal exposure, but fighting alcohol-related cancer can’t solely focus on me and you. Prevention has to address a much broader population, to impact people who don’t read Mother Jones, for example, or young people who don’t know that alcohol is a carcinogen.

The good news is that breast cancer deaths in the US have fallen nearly 40 percent since 1989. The bad news is that the incidence rate of new cases has barely budged, and after a drop around 2000, they’ve been ticking up again slightly.

While new treatments have succeeded in bringing down the death rate, the country hasn’t made much progress in preventing the disease in the first place.

More than 266,000 people will be diagnosed with breast cancer in 2018. Alcohol likely contributes to 15 percent of those cases, meaning nearly 40,000 breast cancers a year are entirely preventable. That’s why any evidence-based public health measure that reduces overall alcohol consumption nationally is likely to make a dent in a disease that’s estimated to cost the country about $20 billion annually by the year 2020. Experts know what these measures are: higher taxes on alcohol, limits on sales availability like earlier bar closing times or a ban on Sunday sales of liquor, and better enforcement of underage drinking laws.

What’s not so clear is just how much per capita consumption would have to go down before overall cancer rates do, too. But these maps show that countries that consume less alcohol have far fewer alcohol-related cancers overall, and they may offer some insights.

This map shows alcohol consumption by country in 2002:

Match up that map with this one, which shows the global burden of cancer:

Notice some overlap? Places like the Middle East and sub-Saharan Africa, where alcohol consumption is low also have far fewer cases of cancers.

The individual country data is interesting, too. For instance, more than 90 percent of women in Turkey don’t drink at all, according to the World Health Organization. Those few who do drink alcohol consume about as much as American women do—around eight liters a year.

Few would ever suggest that most American women give up drinking entirely, but some reasonable cut-backs would surely save lives. The US Dietary Guidelines, published by the Department of Agriculture, recommend that women limit their alcohol consumption to one drink a day or less, and two drinks a day for men, as sort of a threshold for low-risk drinking, including for cancer. There’s some debate as to whether those limits are still too high. Even so, data from the Centers for Disease Control shows that two-thirds of American drinkers don’t comply even with those limits. And per capita alcohol consumption among American women who drink is nearly eight liters a year, or a little more than one and a half drinks per day. That’s 50 percent more than the government’s recommended limits.

So the US has some work to do on the prevention end if the country is really serious about fighting cancer. As Noelle LoConte, a Wisconsin oncologist with the American Society of Clinical Oncologists, told me earlier this year, “We’re gonna help more people with that approach than with the next big treatment.