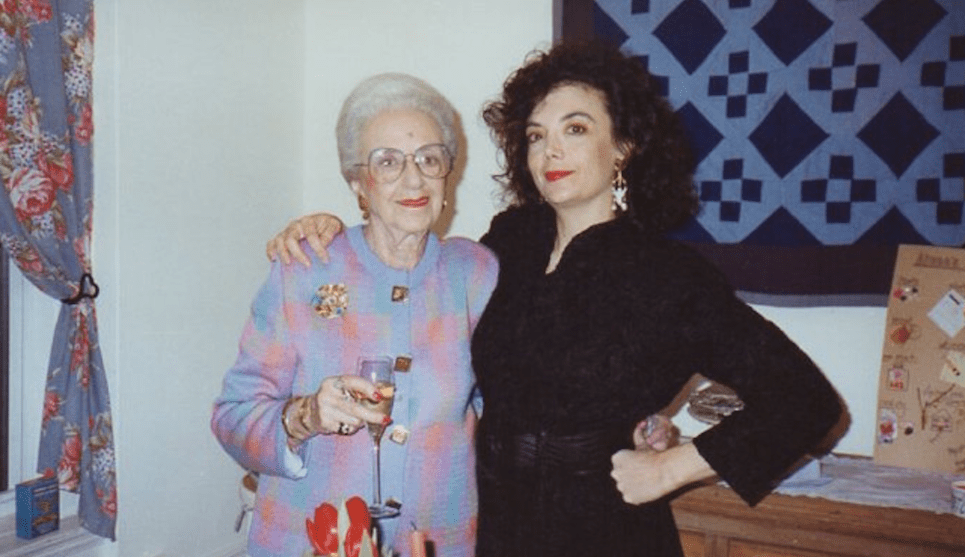 Recipes passed down through generations, Mother’s Day breakfasts in bed—these are some of the ways that food can bring a family together. But Aimee Lee Ball knows that there are other stories to be told: about cooking and gender roles, religious traditions, and Thanksgiving mishaps in Amish country.

Ball is a longtime journalist, writing on health, travel, the arts, and of course, food. She’s contributed cooking columns to the New York Times Magazine and has appeared on the Food Network. And for the last year, she’s been running Eat, Darling, Eat, a website dedicated to exploring mother-daughter relationships through food.

The Bite podcast team interviewed Ball on the latest episode—the conversation starts at 14:46 in the episode player below:

What, exactly, is it about mothers and daughters and food that makes for such good stories? Ball says that food is like a “Trojan horse” that contains unique personalities and experiences. That includes stories about the intersection of cultures, whether within families or neighborhoods.

“It’s cultural excursions,” Ball says. “Part of it is about that melting pot that the United States has, at least traditionally, been. It’s about life’s little interesting full circles sometimes, where a daughter cooks for a mother who never did cook initially. … Sometimes the stories are just little clues to what the relationship is really like.”

Take, for example, contributor Ivy Montgomery’s story “Silver Napkin Rings and Spam.” It’s about a “WASPy household” in the DC suburbs: The author’s father was frequently away with the military, and her mother was too frazzled to whip up gourmet meals. But as much as Montgomery’s mother disliked cooking, she made sure her daughter knew dining etiquette:

When my mother did cook, what was on the plate wasn’t as important as what was on the table. We always ate in the dining room, with china, silver, and crystal. She preferred woven, natural fiber placemats with linen napkins (that we reused several times) with our own personalized silver napkin rings. Mrs. Montgomery also made sure I knew how to properly set a table, serve at the table, and clear a table.

Variation of menu was not something particularly practiced in our home. If my mother had a taste for beef stew, we might have it several times in a week, and not because she had made a large batch of it. One particularly bad week when she had served Spam so often, I couldn’t take it anymore and launched a protest.

“This is the fourth time this week we’ve had to eat Spam,” I complained. “Why are you making us eat Spam again?”

As Ball notes, “When you read something like that, you immediately get a look inside that home.”

Ball also tells Bite about her own mother, a loving, worrying woman who learned to cook a bit later in life. She took inspiration from Italian and Chinese cooking; at Passover, she made “very good matzo balls,” Ball says. The mother-daughter pair would often meet in Bucks County, Pennsylvania, a compromise between Ball in New York City and her mother in her home Philadelphia.

“One of the stories we have on Eat, Darling, Eat is from a Chinese woman whose mother puts dried scallops in her suitcase every time she visits home to sort of remind her where she came from,” says Ball. “And I’m not Chinese, but my mother would often send me home from Philadelphia with hoagies to remind me where I came from.”https://play.prx.org/e?uf=http%3A%2F%2Ffeeds.feedburner.com%2Fbite-podcast&ge=gid%3A%2F%2Fart19-episode-locator%2FV0%2FglgTYZoSmFAkksYIPp0M3udwVOZF5LypkB4gsHzpVTc