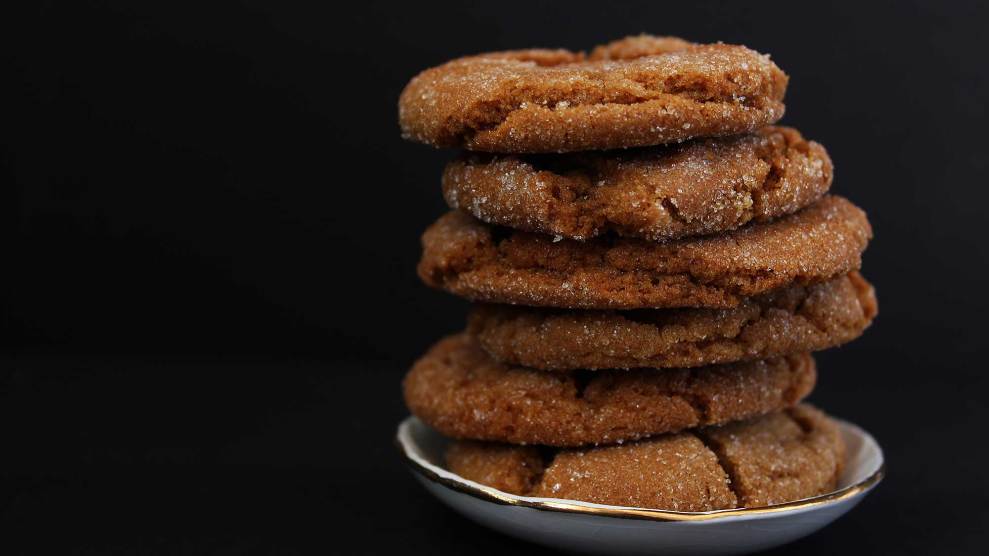 Deep into his middle age, after his marriage dissolved and his grown kids moved out, author Rick Bass was feeling restless. He decided to embark on a new project: He would tour the country and make dinner for the literary giants who inspired him throughout his career. Bass, the author of more than 30 of his own books, including For a Little While, wrote another one to document the adventure, called The Traveling Feast: On the Road and at the Table With America’s Finest Writers. “The plan was to cook a great meal for all of my heroes, one by one,” he writes, “and tell them thank you while they were still living, rather that that other thing writers usually do, speaking kindly of one another in the sterility of the obituary, which, however floral or nice, certainly is never heard by the deceased!”

“Terry all but roars at the first bite of elk.”

Bass joined us on Bite podcast to recount some of the treasured moments and low points of the journey. There was the pistachio-encrusted salmon for the late Denis Johnson (Jesus’ Son) in Montana, elk burgers for Zen poet Gary Snyder in Northern California, and paella for short-fiction genius Lorrie Moore at her house in Madison, Wisconsin.

Shopping for quail with humorist David Sedaris in rural England proved awkward and anxiety-inducing. And when he attempted to grill a turkey for novelist and short-story writer Thomas McGuane, things went very awry when the bird caught fire: “It looked like a holy object—it looked like it was made of molten gold,” Bass recalls.

Then it came time to whip up a feast for environmental writer Terry Tempest Williams, who resides on a ranch in southern Utah. Bass, along with his daughter Lowry, went gourmet. “This is the meal of my dreams,” he wrote. Elk with morels and butter; sweet potato and jalapeño galettes; a salad made from figs, goat cheese, and basil. “Terry all but roars at the first bite of elk,” Bass recalls. For dessert, Lowry made a version of the gingersnaps below and used them in lavender ice cream sandwiches.

Baked for Terry Tempest Williams by Rick and Lowry Bass, as referenced in The Traveling Feast: On the Road and at the Table With America’s Finest Writers, and inspired by Tom Douglas’ Seattle Kitchen. “These are also tremendous crumbled for cheesecake crust, especially if you stir them around first in a little melted butter,” Bass notes.

Preheat oven to 350. In large bowl with wooden spoon or electric mixer, cream butter and sugar until light and fluffy. Add egg, molasses and ginger, mix. In another bowl, add flour, baking soda, salt, cinnamon. Add dry ingredients to wet ingredients and mix. Form dough into 3/4 inch balls and chill them in the refrigerator for one hour or more. Sprinkle a plate with ½ cup sugar. Roll the balls in sugar to coat them, and press on parchment-paper lined sheets. Bake 7-8 minutes, turning cookies around at halfway point. Allow to cool on wire rack.

*Correction: After readers contacted us with some confusion, we’ve made some adjustments to the recipe.