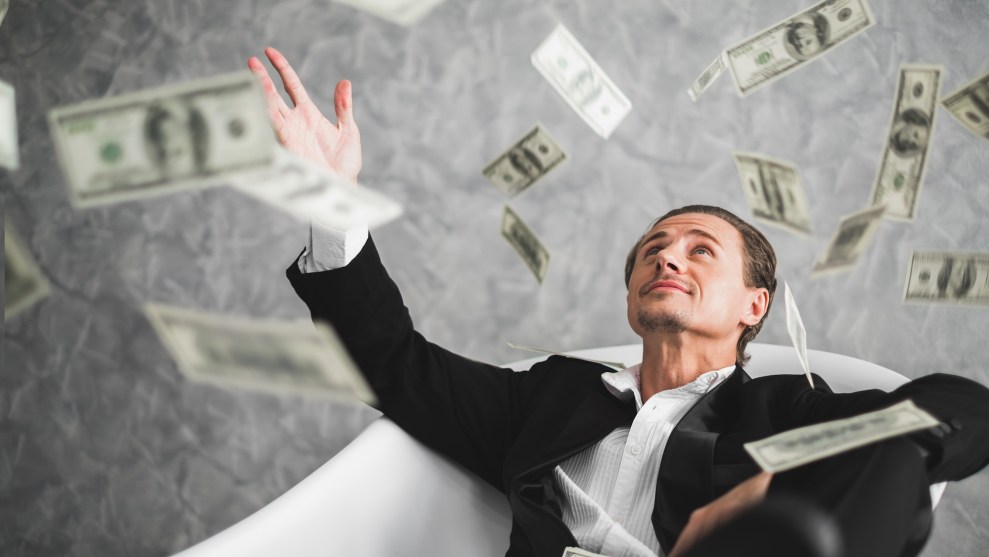 At a Tuesday press conference to explain the department of agriculture’s latest plan to cut eligibility for the Supplemental Nutrition Assistance Program, formerly known as food stamps, USDA secretary Sonny Perdue pointed to a case in Minnesota. There, he said, “a millionaire recently enrolled in the program, simply to highlight the waste of taxpayer money.”

Worry not, oh taxpayer. Perdue was there to hawk a new proposed rule to take care of that problem, while ejecting 3.1 million people, 8 percent of recipients, from the program, for a savings of $2.5 billion to the federal budget. My colleague Hannah Levintova has the details of this latest policy wizardry.

What about that Minnesota money-bags, the one who gamed the system just to show how easy it was? Perdue opened the press conference with the anecdote, and acting deputy under secretary Brandon Lipps later repeated it in an answer to a question, adding that “there may be other millionaires” receiving benefits. Neither Perdue nor Lipps explained what would drive millionaires to go to the trouble of gaming SNAP to get a a few hundred bucks on an EBT card for food purchases. But they raise a question: Is fraud a major force bedeviling the nation’s most important anti-hunger program?

Rep. Mike Conaway (R.-Texas), ranking member of the House Agriculture Committee, doubled down on the fraud claim. “A system that allows millionaires to receive these benefits is a system in desperate need of reform,” he declared in a Tuesday statement. “I applaud President Trump, Secretary Perdue, and the rest of the administration for their work to fix this out-of-control policy.”

According to the the Center on Budget and Policy Priorities, the USDA’s “own data show that only about 0.2 percent of SNAP benefits went in 2017 to households with monthly disposable incomes—net income after deducting certain expenses like high housing and child care costs—above the poverty line.” CBPP adds: “SNAP has some of the most rigorous program integrity standards and systems of any federal program.”

In 2017, the USDA’s internal watchdog the Office of the Inspector General issued a report finding that another kind of SNAP fraud—trading electronic benefits for cash—affects just 1.5 percent of the program’s benefits.

So it’s highly doubtful that the three million people the administration aims to kick off of food aid will include a bunch of scheming rich folks. Anyhow, the windfall they got from the 2017 tax cut likely dwarves whatever they can squeeze out of SNAP.