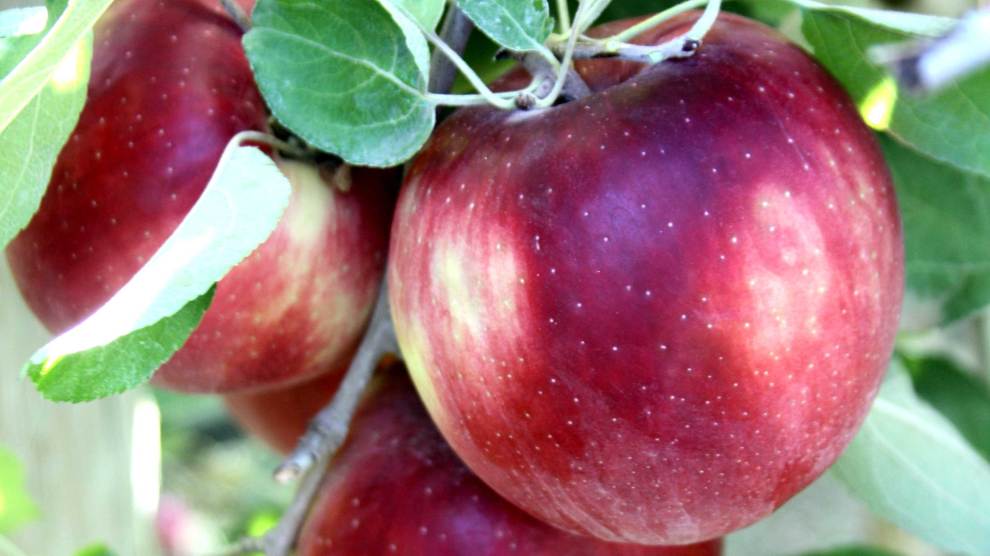 After two decades of research and development, it’s no wonder the Cosmic Crisp, a new variety of apple, is causing such a stir even before it hits supermarket shelves: There have been launch parties, press conferences, Instagram Influencers, and a $10.5 million marketing budget.

On this week’s episode of Bite, Seattle-based writer Brooke Jarvis, who wrote about this new chapter in apple history for The California Sunday Magazine, told us about all the hype around the apple, a carefully bred cross between two other varieties called the Honeycrisp and the Enterprise.

It’s been estimated that the Cosmic Crisp is the largest launch of a single produce item in American history, Jarvis said. More than half a billion dollars in investment have gone into planting Cosmic Crisp apple trees. Within the first three years of breeding, growers planted more than 13 million of them. They’re expecting half a million boxes of the fruit to be on the market this December.

But Jarvis noted that not everyone she interviewed was a fan of the Cosmic Crisp, which can only be harvested by growers in Washington state.

“There are people who are concerned about the movement towards more controlled intellectual property of agricultural products,” said Jarvis. “The reason that [Gala and Fuji apples] spread so widely is that in that case really anyone could grow them. All you had to do was get your hands on a sapling. Those days seem to be over.” To learn more about this much-hyped apple—like how it tastes, and what it means for the future of produce—tune in to this week’s episode of Bite.