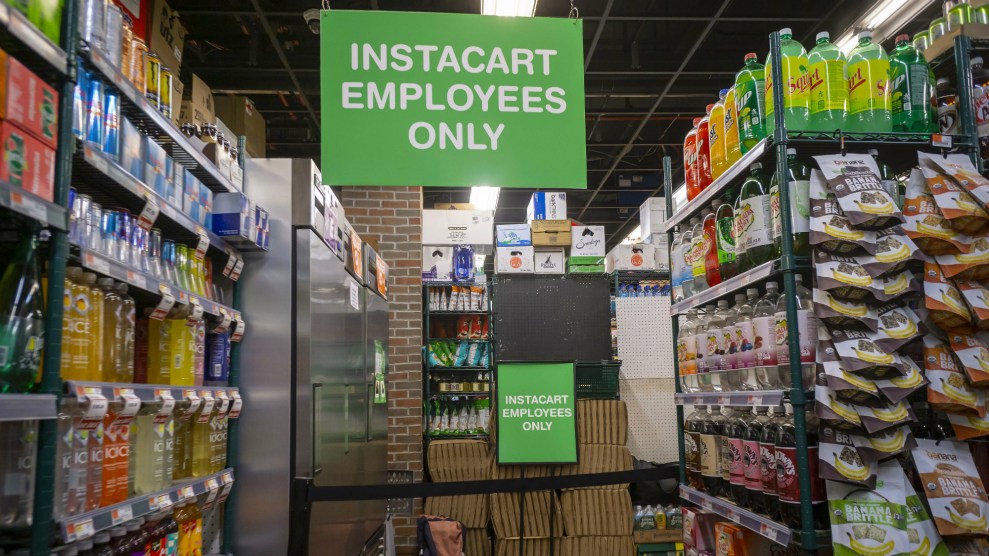 This landmark ruling makes clear that Instacart employees have been misclassified as independent contractors, resulting in their being denied worker protections to which they are entitled by state law. We invite Instacart to work with us to craft a meaningful and fair solution. pic.twitter.com/RqPVFaBSLW

That is a big deal. As I’ve written about before, Instacart has tried to weasel out of employer status by arguing it’s a “platform,” a common Silicon Valley turn of phrase to get out of the burden of employer status: health insurance, overtime laws, unions. And it’s even engaged in union-busting in Illinois when a few employees were organizing. (The union was eventually approved.) In the San Diego case, Instacart argued that the shoppers who purchase groceries for delivery are not really employees of the company, and thus, aren’t subject to employee benefits. Superior Court Judge Timothy Taylor disagreed, ruling that the City Attorney would be able to prove the shoppers “perform a core function of defendant’s business.” Judge Taylor granted the city a preliminary injunction in the case, which will take effect on February 28.

This order joins a decision earlier this month, from a federal judge, denying Postmates and Uber’s request to stop enforcement of AB5, the California law making it harder for companies to rely on contract labor.

AB5, which codified precedent set by the state Supreme Court in 2018, has been extremely controversial. Companies have used the law to say they were forced to fire workers; truckers have sued the state; freelancer writers have come out in opposition (even rallying in Sacramento). There is a ballot measure backed by major gig companies to work around AB5 for drivers. A slew of changes to AB5, both from the sponsor and from those who hate it, are appearing in the California legislature.

But increasingly, it’s looking like gig companies are losing the battle, at least in court.