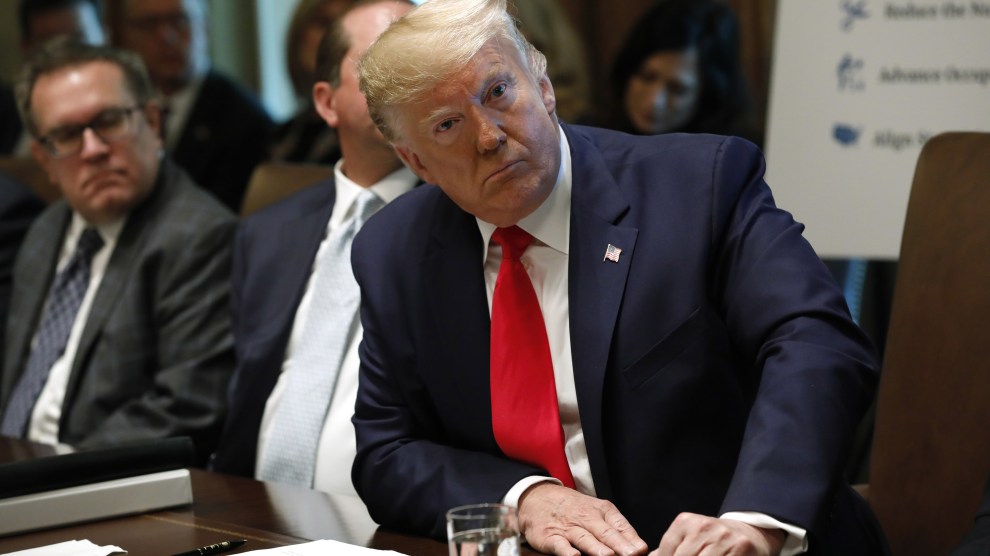 As the impeachment investigation into President Donald Trump grips the nation, his lawyers continue to pursue the argument that he is above the law—and that his immunity from punishment would apply even if he were to shoot someone in the middle of New York’s Fifth Avenue.

🚨 Trump's attorney Consovoy just agreed that Trump could NOT be criminally investigated while in office if he shot someone in the middle of Fifth Avenue, when pressed by Judge Chin.

At a campaign event in 2016, Trump said, “I could stand in the middle of Fifth Avenue and shoot somebody, and I wouldn’t lose any voters.” On Wednesday morning, William Consovoy, an attorney for Trump, made the case that such an action could not be criminally investigated while Trump was in office at a hearing in the ongoing court battle over the president’s tax returns.

Manhattan District Attorney Cyrus R. Vance Jr. subpoenaed eight years of Trump’s tax returns for his investigation of whether Trump broke any New York State laws when he reimbursed his now-imprisoned personal lawyer, Michael Cohen, for hush fund payments to adult film actress Stormy Daniels. Trump refused to release his taxes and sued the DA under the argument that a sitting president can’t be prosecuted. His lawyers are now appealing a federal judge’s ruling that called their argument “repugnant to the nation’s governmental structure and constitutional values.”

Listen to audio of the exchange between Consovoy and Judge Denny Chin below:

Here's Donald Trump's lawyer claiming the president cannot even be investigated, let alone prosecuted, for committing a crime while in office, even if he murdered someone in public. pic.twitter.com/h0Rj5AZpPf