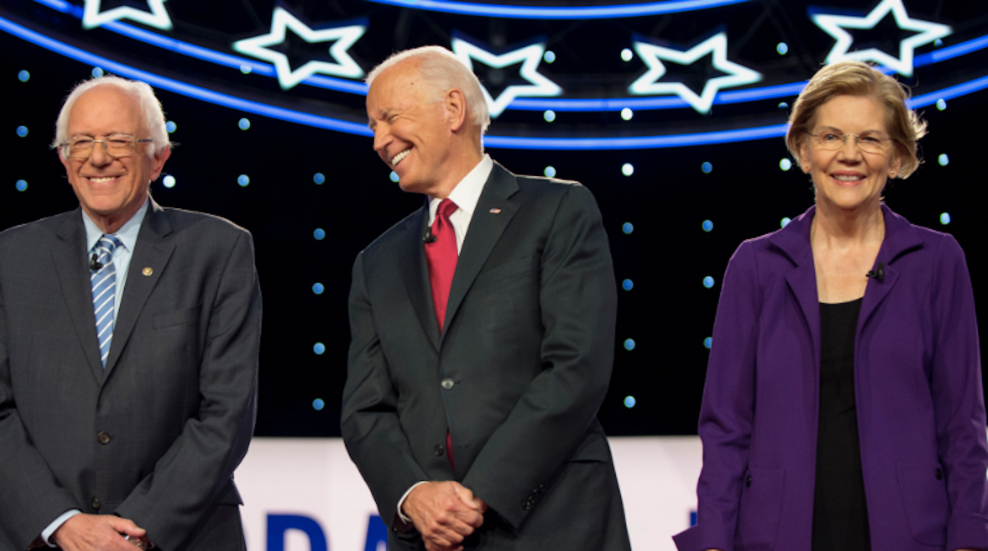 President Donald Trump is claiming to be unimpressed with his Democratic challengers after Tuesday’s presidential debate in Ohio. But never one to decline an opportunity to bash his rivals or push a wild conspiracy theory, the president took to Twitter Wednesday morning and linked what he considered lackluster performances to the rationale for Democrats’ impeachment inquiry.

You would think there is NO WAY that any of the Democrat Candidates that we witnessed last night could possibly become President of the United States. Now you see why they have no choice but to push a totally illegal & absurd Impeachment of one of the most successful Presidents!

The current impeachment investigation has a very clear, if not overly narrow rationale: It is centered on his efforts to coerce a foreign power into digging political dirt into Democrats. Nevertheless, the president continued to rail against the inquiry Wednesday morning and claim that the economy would tank if any of his Democratic opponents defeated him.

Our record Economy would CRASH, just like in 1929, if any of those clowns became President!

But perhaps what’s most noteworthy about Trump’s post-debate ramblings is what he didn’t say. Tuesday’s debate was the first since the impeachment probe was launched, and therefore the first debate appearance by Joe Biden since becoming one of the central figures in that very investigation. So why isn’t Trump tearing into Biden? Maybe like the rest of the Democratic primary, Trump’s calculus has moved on.