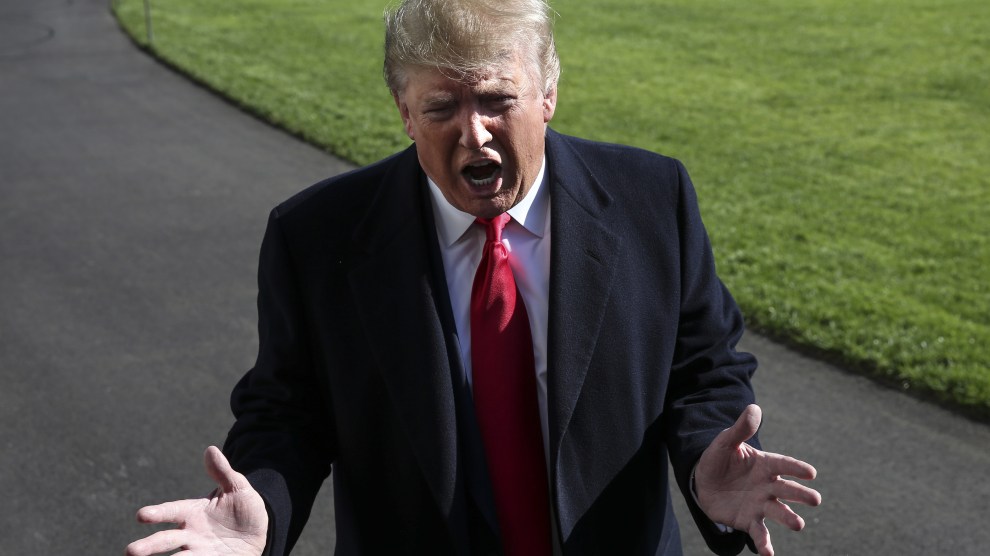 After casually encouraging the media to release the name of the whistleblower who spurred the impeachment investigation against him, President Donald Trump engaged in a bizarre back-and-forth with a reporter Sunday. Trump repeatedly told the reporter to “read the transcript” of Trump’s July phone call with Ukrainian President Volodymyr Zelensky—even as the reporter quoted the phone call.

“Mr. President, you said ‘no quid pro quo,'” the reporter said, according to a transcript of the president’s remarks on Sunday. “The thing is, is that, in the transcript, it says—,”

“Read the transcript,” Trump interrupted. (No full transcript of the call has been released, but Trump was referring to a memo detailing the call that was released by the White House.)

“—’I have a favor to ask you though,'” the reporter continued, quoting the memo.

“Read the transcript,” Trump repeated, pointing a menacing index finger at the reporter.

“But it says, ‘I have no—I have a favor to ask you though,'” the reporter said.

“Read the transcript,” Trump said once more, before turning to another reporter.

Watch the interaction at 11:10 below.