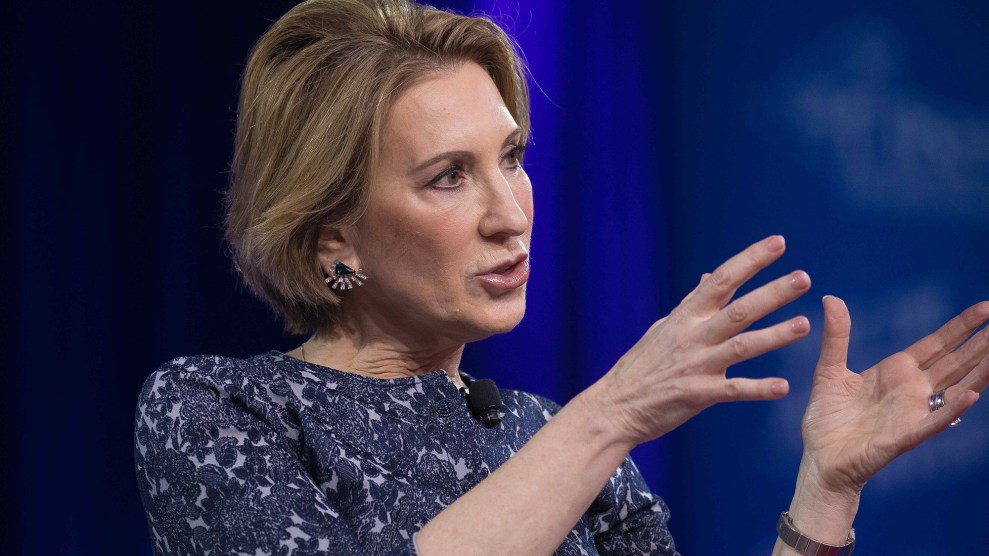 Carly Fiorina—the former Hewlett-Packard CEO who ran for the GOP presidential nomination in 2016 before signing on as Ted Cruz’s running mate—thinks Donald Trump should be impeached.

Fiorina voted for Trump in 2016, she told CNN’s Poppy Harlow Monday—despite having withdrawn her endorsement of him after the emergence of the Access Hollywood tape. Fiorina added that she might vote for Trump again in 2020, depending on who the Democratic nominee is. Still, she said, “I think it is vital that he be impeached. Whether removed, this close to an election, I don’t know. But I think the conduct is impeachable.”

Fiorina went on to denounce the current state of the Republican Party, saying that it has devolved from the party of Abraham Lincoln to the party of loyalty to Trump.

“Some of this conduct, like publicly berating a decorated war veteran who shows up to a lawfully issued subpoena of Congress,” she said—referring to Trump’s attacks on Lt. Col. Alexander Vindman—”I think that conduct is not just unbecoming. I think it’s destructive to our republic.”