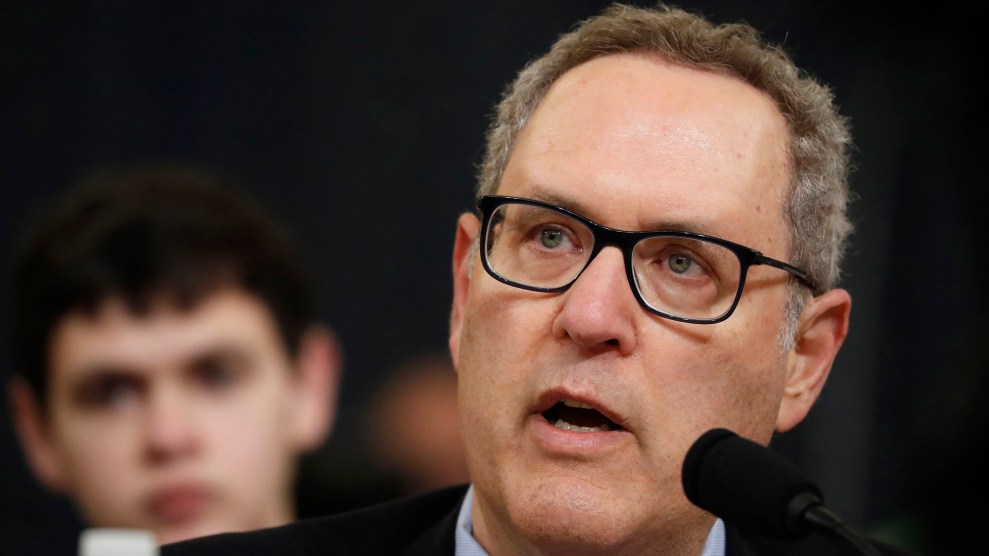 “If what we’re talking about is not impeachable, nothing is impeachable,” the professor at University of North Carolina School of Law in Chapel Hill said during the House Judiciary Committee’s impeachment hearing. “This is precisely the misconduct that the framers created a Constitution including impeachment to protect against.”

“If Congress concludes they’re gonna give a pass to the president,” he continued, “every other president will say, ‘OK, then I can do the same thing,’ and the boundaries will just evaporate.”

An erosion of those boundaries, he concluded, would be “a danger to all of us.”

Gerhardt’s remarks came during the first day of a new phase of the Democrats’ impeachment proceedings, in which Gerhardt—along with Harvard Law professor Noah Feldman, Stanford Law professor Pamela Karlan, and George Washington Law professor Jonathan Turley—provided the legal and historical basis by which the president may be found guilty of impeachable “high crimes and misdemeanors.”

“If what we’re talking about is not impeachable, nothing is impeachable.” pic.twitter.com/UqIDZdpFYx