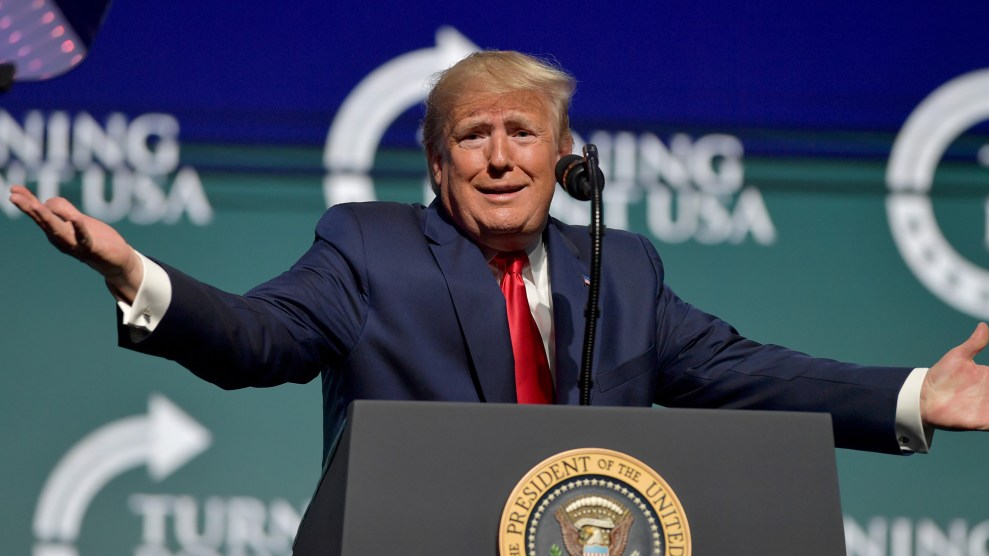 A slim majority of registered voters support the House of Representatives’ vote to impeach President Donald Trump, and would also approve if the Senate decides to remove him from office, a new poll finds.

The results come in a new survey from Morning Consult and Politico conducted following Wednesday’s impeachment vote. The Democratic-controlled House approved two articles of impeachment against Trump; one for abuse of power and another for obstruction of Congress. No Republicans supported them, and the Senate, which is controlled by Republicans, is expected to acquit Trump.

According to the poll, registered voters approve of the House impeachment vote 52 percent to 43 percent, with independents supporting impeachment 48 percent to 41 percent. On the Senate’s upcoming trial of the president, the next phase of the impeachment process, 52 percent of respondents would support removal from office while 42 percent would oppose it.

The Morning Consult/Politico survey is slightly more negative for the president than others. An average of impeachment polls shows voters deadlocked on the issue, with about 47 percent supporting impeachment and 46 percent opposing it.

The timing of the Senate’s trial is uncertain, delayed because of stalled negotiations between Democrats and Republicans over calling witnesses, which Senate Minority Leader Chuck Schumer wants Republicans to agree to in advance of the trial.

This email from Michael Duffey—approximately 90 minutes after President Trump’s call with the president of Ukraine—is all the more reason why we need Duffey and others to testify in a Senate trial.

The “sensitive nature”? What is that about? pic.twitter.com/P6kNKEfIOV