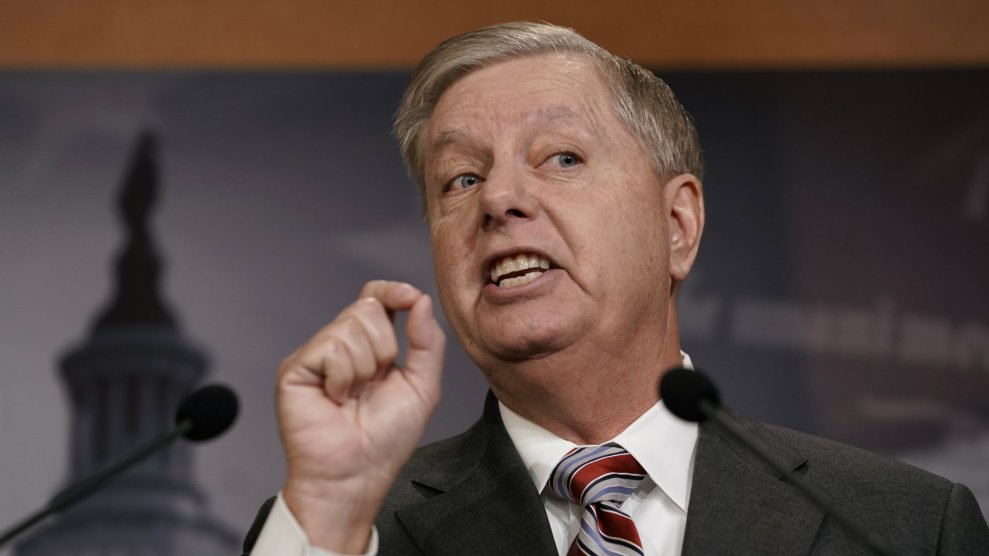 Throughout the impeachment process, Republicans have argued that because Donald Trump hasn’t been accused of breaking a criminal statute in the Ukraine scandal, there is no reason for him to be removed from office. That’s nonsense. “High crimes”—one of the justifications for impeachment established by the framers of the Constitution—aren’t limited to violations of criminal law, but can instead encompass other kinds of abuse of power. Who says so? Legal scholars, for one. But so did one of President Donald Trump’s staunchest defenders, as Rep. Jerrold Nadler (D-N.Y), one of the House managers in Trump’s trial, pointed out Thursday.

Nadler showed a two-decade-old video of Lindsey Graham (R-S.C.), who is now one of the senators deciding Trump’s fate, but at the time was a House manager in Bill Clinton’s impeachment trial. Let’s cut to the tape:

“I think that’s what they meant by ‘high crimes,'” Graham said in 1999. “Doesn’t even have to be a crime. It’s just when you start using your office, and you’re acting in a way that hurts people. You committed a high crime.”

And where was Graham when Nadler played the clip?