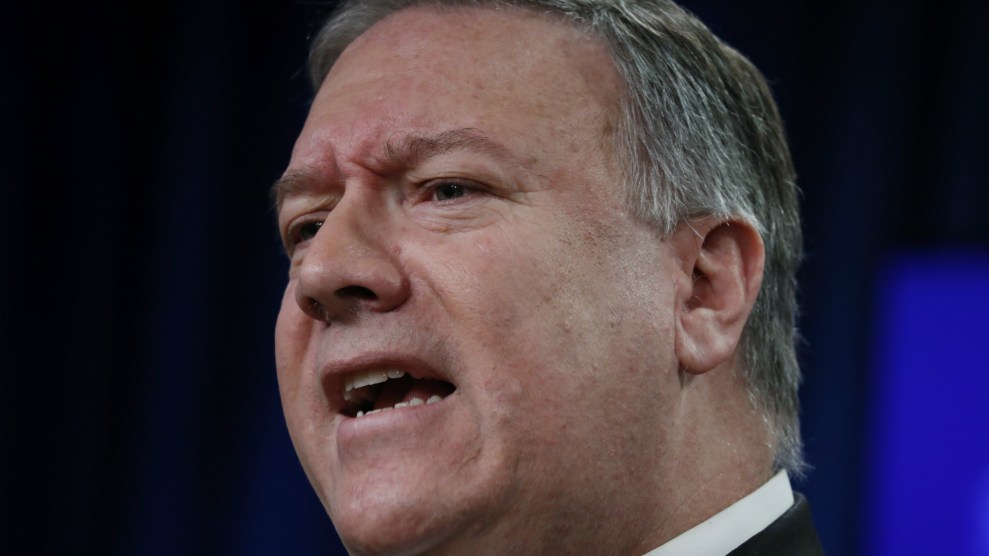 A Friday interview between NPR’s Mary Louise Kelly and Secretary of State Mike Pompeo took a contentious turn when Kelly, who anchors the All Things Considered afternoon news show, moved from questions on Iran to some harder queries on Ukraine. After the interview wrapped up, Secretary of State Mike Pompeo cursed at her and asked the reporter to identify on an unmarked map the location of Ukraine. She did.

NPR's Mary Louise Kelly says the following happened after the interview in which she asked some tough questions to Secretary of State Mike Pompeo. pic.twitter.com/cRTb71fZvX

“People will hear about this,” he then said.

As always, I am happy to help: Did you hear? Secretary of State Mike Pompeo got fussy about being asked about reports his department failed to offer protection to Ambassador Marie Yovanovitch. He was sensitive when Kelly asked about the advisor who resigned from the State Department because it didn’t “offer support to Foreign Service employees caught up in the impeachment inquiry on Ukraine.” He was mad because he thought they were there to only talk about Iran.

His request for Kelly to place a finger on the map did not go well. I wonder why?

Pompeo: Point out Ukraine on a map

I will be playing this game to prepare for future fits from leaders of our nation.