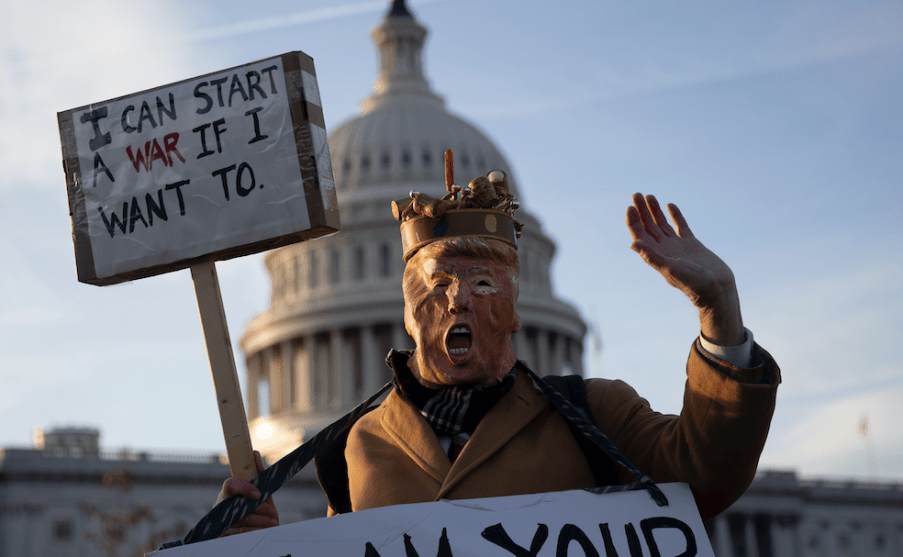 To justify its drone strike against Qassem Soleimani, the White House claimed last week that the top Iranian military leader had been preparing “imminent” attacks against American diplomats in the region. That claim has since evolved, as various Trump administration officials struggled on multiple occasions to explain what exactly defines an “imminent” threat.

But while the White House continues to be all over the map on this, a new report appears to confirm a sneaking suspicion held by Trump critics for why Trump ordered the strike at this very point in his presidency. From the Wall Street Journal:

Mr. Trump, after the strike, told associates he was under pressure to deal with Gen. Soleimani from GOP senators he views as important supporters in his coming impeachment trial in the Senate.

The New York Times reported something similar this week, stating that Trump had said in a phone call that “he had been pressured to take a harder line on Iran by some Republican senators whose support he needs now more than ever amid an impeachment battle.”

If this reporting is true, it’s hard to overstate how explosive it would be that the president of the United States nearly started a war in order to appease a handful of Republican senators before impeachment arrives in the Senate.