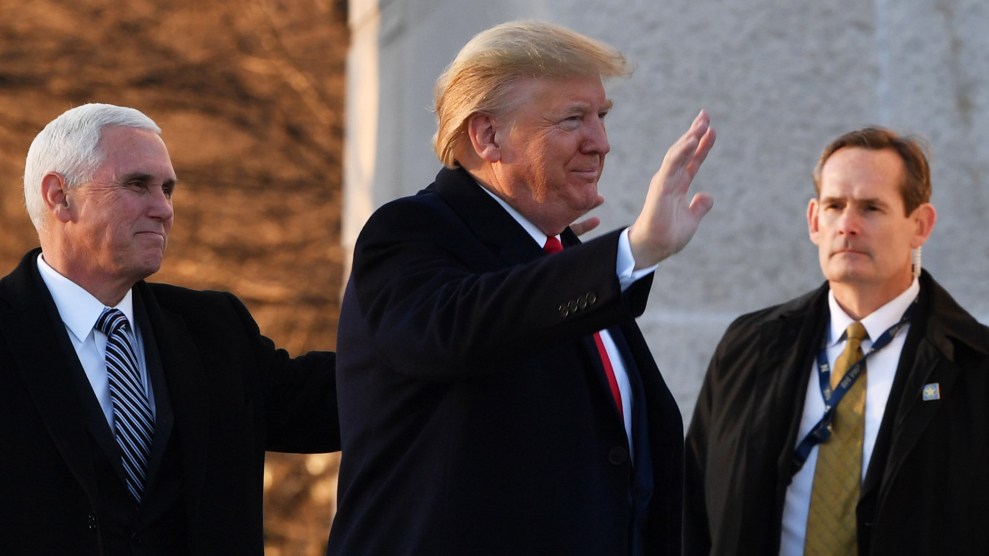 President Donald Trump is thousands of miles away from Washington right now, but that hasn’t stopped him from chiming in on the historic impeachment trial currently underway in the Senate. “We’re doing very well,” he told reporters before leaving the World Economic Forum in Davos, later adding, “Honestly, we have all the material. They don’t have the material.”

Donald Trump, who is essentially on trial for obstruction of Congress, just bragged about withholding material from Congress: “We’re doing very well…Honestly, we have all the material. They don’t have the material.” https://t.co/ql0S7tf538 pic.twitter.com/QKFbXd3ZhJ

Trump didn’t elaborate on what he meant, but his comments come hours after Senate Republicans voted down several motions to subpoena administration officials and documents related to the Ukraine scandal. That’s certainly how Democrats took it. “The second article of impeachment was for obstruction of Congress: covering up witnesses and documents from the American people,” tweeted Rep. Val Demings (D-Fla.), one of the House impeachment managers prosecuting the case. “This morning the President not only confessed to it, he bragged about it.”

Of course, it benefits Trump to shield evidence from congressional investigators. When documents and witness testimony has become public—either from administration officials defying the White House’s obstruction or through a public records request—they have often proved devastating for Trump’s defense.