CAP AND TRADE….During the campaign, Barack Obama committed himself to supporting a cap-and-trade program to reduce carbon emissions. 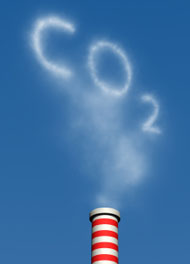 It’ll be tough getting that through Congress, though, so how about just ordering the EPA to put together a program on its own under the aegis of the Clean Air Act and skipping legislation entirely? David Roberts runs down the pros and cons over at Gristmill, but I want to skip immediately down to his last point:

One doesn’t want to be sentimental, but there is something to the argument that shift of this significance should be discussed in public and shaped by the public’s elected representatives. It would be nice, in an ideal world, if reasoned debate and discussion and interest-balancing yielded the perfect program.

But in this world, we’re perilously late getting underway and Obama must weigh America’s procedural ideals against what a wise man once called the “fierce urgency of now.” Whatever it’s other merits, the Clean Air Act is now.

I think this is more than just sentimental. Cap-and-trade is a very, very big program, and it just flatly shouldn’t be implemented via executive fiat. We liberals are already fuming over George Bush’s relatively minor last-minute executive orders, after all, and this would be the granddaddy of all executive orders. It deserves public debate, it deserves the permanence of congressional legislation, it deserves to be a genuinely national program (not a kludgy jumble of state initiatives, which is how it would have to work under CAA), and it deserves the chance to get genuine public support in the process. I’ve long thought that liberals tend to pay too little attention to public opinion, and this is a serious mistake since big, longlasting change never really happens without it. This is no exception. If we really believe in carbon reduction via cap and trade, we need to persuade the American public that it’s a good idea. A cap-and-trade bill should be the kind of landmark legislation that our kids talk about, not a furtive agency rule slipped in quietly via the back door.

On a more practical note, I wonder if it would really be any faster doing it via the CAA anyway. Thanks to Bush’s stonewalling, the rulemaking process for carbon regulation hasn’t really even started yet, and that process doesn’t happen overnight. I wouldn’t be surprised if congressional legislation could actually happen faster than an EPA initiative.