STIMULUS PILLS?….Conservatives are pretty good at picking tiny pieces out of big bills and making hay with them (remember midnight basketball?), and it was in that spirit that John Boehner spent the weekend complaining that the $800 billion stimulus bill includes $200 million in spending on contraceptives. 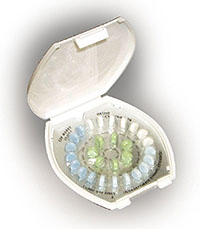 Today Steve Benen provides the details of what’s really in the bill, and concludes:

It’s likely that Boehner, Drudge, and others hope that they can simply say, “Democrats want to spend $200 million of your money on contraceptives” and the howls will be so loud, the money will be stripped from the spending bill. As is too often the case, they’re assuming the public won’t hear, or care about, the details.

True, but I suspect this is mostly just a base play. Most of the public probably won’t ever hear about this, but you can bet that every religious right newsletter in the country will get the news out to their readers. And they’ll know that John Boehner is working to keep family values safe.

Whatever. But here’s the funny thing: culture war issues aside, this is probably pretty good stimulus. If you eliminate the requirement for states to get Medicaid waivers in order to fund family planning, lots of low-income women will take advantage of it, and they’ll probably take advantage of it pretty quickly. That’s a boon for the contraceptive industry and all the fine people who work in it. Just be sure to buy American!