THE SIZE OF THE STIMULUS….This is apropos of nothing in particular, but all the sound and fury surrounding the Nelson/Collins $100 billion cut in the stimulus bill makes me think that maybe it ought to be put into perspective. So here’s some perspective. 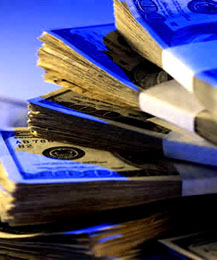 The original bill totaled about $800 billion, and according to CBO estimates the amount of stimulus (spending + tax cuts) provided by the bill over the next two-and-a-half fiscal years would have been about $700 billion. This, we’re told, would help create about 3 million jobs. The bigger Senate bill would have added $100 billion to that, and the current Nelson/Collins bill gets us roughly back to the original amount.

But stimulus isn’t restricted to bills labeled “stimulus.” Any deficit spending counts, and there’s a ton of that already in the budget. Not counting TARP and bailout money (since it doesn’t necessarily stimulate consumption), CBO estimates that the federal deficit this year will come to about $800 billion. If we assume the same next year and maybe half as much the year after, that’s a total deficit-driven stimulus of about $2 trillion. Presumably this creates jobs at the same rate as spending in the stimulus bill, so that amounts to something in the neighborhood of 9 million jobs.

So: With the cut, total fiscal stimulus over the three years starting last October comes to $2.7 trillion and 12 million jobs. If we had kept spending at its higher level, it would have come to $2.8 trillion and perhaps 12.5 million jobs. That’s a difference of about 3%.

Now, the nature of that 3% is hardly defensible. State aid and school construction are way better uses of the money than a lot of stuff that was left in the bill. Still, the fact remains that the total amount of stimulus over three years is $2.7 trillion, not the $800 billion number that dominates the discussion. That’s a helluva lot of stimulus, and if it doesn’t do the job it’s doubtful that $2.8 trillion will do it either.