James Risen and Eric Lichtblau report in the New York Times today that the NSA may have exceeded the wiretapping authority it was given by Congress in 2008.  The whole story is pretty vague, 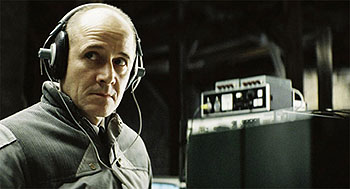 and introduces the unknown-to-me euphemism “over-collection,” which apparently means that technical problems led NSA to ” ‘target’ groups of Americans and collect their domestic communications without proper court authority.”

But then there’s this buried in the middle of the story, which isn’t vague at all:

New details are also emerging about earlier domestic surveillance activities, including the agency’s attempt to wiretap a congressman without court approval on an overseas trip, according to interviews with current and former intelligence officials.

….The agency believed that the congressman, whose identity could not be determined, was in contact as part of a congressional delegation to the Middle East in 2005 or 2006 with an extremist who had possible terrorist ties and was already under surveillance, the official said. The agency then sought to eavesdrop on the congressman’s conversations to gather more intelligence, the official said.

The official said the plan was ultimately blocked because of concerns from some officials in the intelligence community about the idea of using the N.S.A., without court oversight, to spy on a member of Congress.

Jesus.  If a member of Congress isn’t a “United States person” protected from warrantless surveillance by every version of FISA that’s ever been on the books, who is?  Shouldn’t this have set off alarm bells at every possible level at NSA, rather than merely being “ultimately blocked” because “some” officials had “concerns” about it?

SILVER LINING UPDATE: Looking on the bright side, maybe this will finally motivate Congress to take NSA surveillance more seriously.  Having one of their own members come within a hair’s breadth of being an NSA target ought to concentrate their minds wonderfully, if anything will.