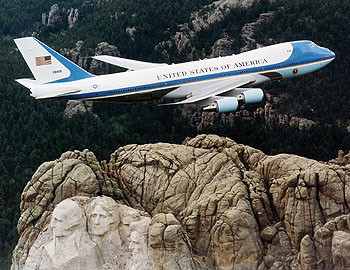 I know it’s Arlen Specter 24/7 most places, but I’m still curious: what was the “photo-op” that the White House staged with Air Force One over the streets of Manhattan yesterday?  The Washington Post explains:

The event was intended to update a stock photo of the presidential plane that is used for distribution to media and others, according to a person familiar with the matter who was spoke on condition of anonymity because he was not authorized to speak publicly. The photo, featuring the Statue of Liberty, is to replace one of the aircraft flying near Mount Rushmore, the person said.

Jeebus.  They had to provide this explanation on background?  I know it’s embarrassing, but can’t they just fess up to the whole thing in public?