Gabe Sherman has a piece today in New York magazine about how gobsmacked the Wall Street crowd is that people are pissed off at them these days. 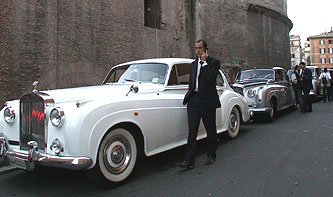 Wall Street people are not moral idiots (most of them, anyway) — it’s not as if they’ve never pondered the fairness of their enormous salaries. “One of my relatives is a doctor, we’re both well-educated, hardworking people. And he certainly didn’t make the amount of money I made,” a former Bear Stearns senior managing director tells me. “I would be the first person to tell you his value to society, to humanity, is far greater than anything that went on in the Bear Stearns building.”

That said, he continues, “We’re in a hypercapitalistic society. No one complains when Julia Roberts pulls down $25 million per movie or A-Rod has a $300 million guarantee. We have ex-presidents who cash in on their presidencies. Our whole moral compass has shifted about what’s acceptable or not acceptable. Honestly, you can pick on Wall Street all you want, I don’t think it’s fair. It’s fair to say you ran your companies into the ground, your risk management is flawed — that is perfectly legitimate. You can lay criticism on GM or others. But I don’t think it’s fair to say Wall Street is paid too much.”

It’s hard to know what to say about this.  It just leaves you speechless.  And this guy is one of the more self-aware ones.

Later on Sherman quotes another Wall Streeter who’s livid over Obama’s plan to raise tax rates slightly on the rich.  “He doesn’t want to have any wealth creation,” the guy wails, and that really seems to get to the heart of all this.  Financial industry players sincerely seem to view all “wealth” as equal.  If the market pays you a lot, it’s because you’re responsible for creating a lot of wealth, and that’s that.  The fact that the wealth you created was largely divorced from even a notional real-world benefit to the larger economy doesn’t matter.  Money is money.

Still, both these guys are right: the big players in the financial industry get paid a lot because they’re responsible for creating gigantic streams of money for their firms.  As long as that stays the case, they’re going to continue making truckloads of money no matter what we do.  But if we reduce that stream of financial rents to levels more related to the actual value it creates in the real world, pay levels will become more reasonable too.  That’s what we should focus on.