One of the most striking parts of the memos is the false premises on which they are based. The first, dated August 2002, grants authorization to use harsh interrogation techniques on a high-ranking terrorist, Abu Zubaydah, 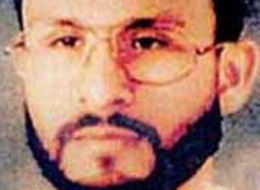 on the grounds that previous methods hadn’t been working….It is inaccurate, however, to say that Abu Zubaydah had been uncooperative. Along with another F.B.I. agent, and with several C.I.A. officers present, I questioned him from March to June 2002, before the harsh techniques were introduced later in August. Under traditional interrogation methods, he provided us with important actionable intelligence.

….There was no actionable intelligence gained from using enhanced interrogation techniques on Abu Zubaydah that wasn’t, or couldn’t have been, gained from regular tactics. In addition, I saw that using these alternative methods on other terrorists backfired on more than a few occasions — all of which are still classified. The short sightedness behind the use of these techniques ignored the unreliability of the methods, the nature of the threat, the mentality and modus operandi of the terrorists, and due process.

As it happens, I’ve never made arguments against torture based on whether it works or not.  I’m more in the Shep Smith camp: “We are America.  We. Do. Not. Fucking. Torture.”  Still it’s worth reminding everyone of exactly what happened with Abu Zubaydah, whose case helped touch off the institutionalization of torture under the Bush administration.  Ron Suskind told the story in The One Percent Doctrine, and Barton Gellman summarizes here:

Abu Zubaydah, his captors discovered, turned out to be mentally ill and nothing like the pivotal figure they supposed him to be….Abu Zubaydah also appeared to know nothing about terrorist operations; rather, he was al-Qaeda’s go-to guy for minor logistics….And yet somehow, in a speech delivered two weeks later, President Bush portrayed Abu Zubaydah as “one of the top operatives plotting and planning death and destruction on the United States.”

….Which brings us back to the unbalanced Abu Zubaydah. “I said he was important,” Bush reportedly told Tenet at one of their daily meetings. “You’re not going to let me lose face on this, are you?” “No sir, Mr. President,” Tenet replied. Bush “was fixated on how to get Zubaydah to tell us the truth,” Suskind writes, and he asked one briefer, “Do some of these harsh methods really work?” Interrogators did their best to find out, Suskind reports. They strapped Abu Zubaydah to a water-board, which reproduces the agony of drowning. They threatened him with certain death. They withheld medication. They bombarded him with deafening noise and harsh lights, depriving him of sleep. Under that duress, he began to speak of plots of every variety — against shopping malls, banks, supermarkets, water systems, nuclear plants, apartment buildings, the Brooklyn Bridge, the Statue of Liberty. With each new tale, “thousands of uniformed men and women raced in a panic to each…target.” And so, Suskind writes, “the United States would torture a mentally disturbed man and then leap, screaming, at every word he uttered.”

And so it began.