Dana Goldstein suggests that we should fund more magnet schools in urban cores as a way of attracting suburban kids into the city and opening up slots for city kids in the suburbs.  Matt Yglesias says this would probably have limited effectiveness, but still:

One way or the other, I can’t think of 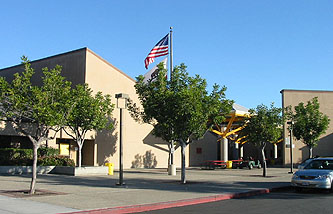 any good reason for a governor who’s genuinely interested in improving opportunities for poor kids not to be trying something along these lines.

Well, I can think of a good reason: because suburban parents in this governor’s state would go absolutely batshit insane over the idea.  It would probably spell the end of his political career.

One of the great third rails of education policy debates is acknowledging the fact that suburban parents will flatly never go along with anything like this — at least not on a scale that makes any difference.  For the most part they don’t want to ship their kids to urban schools, even if they are magnets, and they really really don’t want urban schools shipping a bunch of stoners and gangbangers to their nice suburban schools.  And make no mistake: that is how they think of it, and all the research in the world showing that urban-suburban transfers don’t affect educational outcomes won’t budge them an inch.

I don’t know what to do about this.  But to some extent education is a zero-sum game.  If we invest more money in inner-city schools, it means less for the suburbs.  If we try to attract the best teachers to urban schools, it means that suburbs get weaker teachers.  If we do it anyway, suburban parents will start sending their kids to private schools.  And the point at which public support for No Child Left Behind evaporates is the point at which suburban schools start “failing” in large numbers.  That isn’t something suburban parents will tolerate, and they’ll simply vote out of office anyone who tries to make them.

Even on a purely voluntary basis, I suspect that fostering “regional partnerships between urban and suburban districts” will never have more than a tiny impact.  Suburban parents just can’t be talked into it, and when it comes to educational policy suburban parents rule.  Programs like the Harlem Children’s Zone or the KIPP schools may have mixed track records, but at least they’re both promising and feasible on a large scale.  My guess is that they’re both better prospects for long-term change than trying to merge city and suburb.  I’m happy to be talked out of this, though.