Reading this, I got sort of interested because I’ve wondered more or less the same thing from time to time. 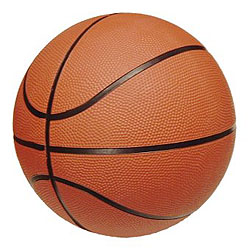 It seems to me that the full court press is pretty effective.  On the other hand, I don’t know squat about basketball, and I sort of vaguely figured that professional basketball coaches do, which means there’s probably a pretty good reason that the press isn’t ubiquitous.  Chad Orzel provides the answer:

The press works, as long as the other team isn’t ready for it. The idea of a full-court press is to force the opponent into a rushed and frenetic game and get them out of their routine. A team that’s ready for it, though, and has skilled and disciplined players, won’t get rattled by the press, and can pick the press apart for lots of easy baskets. You can use the full-court press to rattle a superior team that isn’t expecting it, but if they know it’s coming, there are a lot of ways that pressure defense can fall apart — missed traps in the back court lead to two- or three-on-one breaks, over-aggressive defense leads to fouls, etc. The teams that have won titles using pressure basketball have also had lots of talent, because you need something to fall back on if the press doesn’t work.

Like Chad, it’s stuff like this that makes me wonder about Gladwell.  He’s an engaging writer and he picks interesting subjects, but there are really only two alternatives here.  Either (a) he wrote this piece without bothering to learn enough about basketball to understand why the press isn’t used much above the kiddie league level or (b) he knew the answer but chose not to share it with his readers because it would wreck his story.  Unfortunately, I suspect the answer is (b).  He seems like a guy who sometimes decides not to let the facts get in his way once he’s settled on a good narrative.

Plus, as Chad says, Gladwell seems oddly insensitive to the criticism that “playing ’40 Minutes of Hell’ is kind of a dick move in a league of twelve-year-old girls.”  But, really, it is.  The coach who did this isn’t a brilliant innovator, he’s kind of a dick.