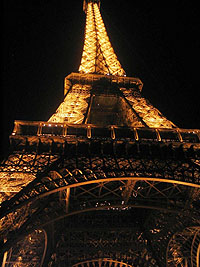 — Does objectivity in history presuppose the impartiality of the historian?

— Are there questions that are un-answerable by science?

That last one is especially strange, isn’t it?  The answer is obviously yes in a trivial sort of way: science will never determine whether chocolate ice cream tastes better than vanilla, for example.  But that’s so dumb it makes you wonder if something got lost in translation.  So here’s the original: “Y a-t-il des questions auxquelles aucune science ne répond?”  Anyone care to retranslate?

As for the question getting the most mockery — “Is it absurd to desire the impossible?” — I would use the standard dodge of philosophy students everywhere: please first define “absurd.”  That should be sufficient to derail the conversation long enough for everyone to get bored of the whole topic.

Relatedly, Dana Goldstein asks, “Could you ever imagine the SAT or ACT asking students to write an essay on such complex, intellectual topics?”  No, I couldn’t — though I could imagine questions of similar difficulty showing up on an AP philosophy test.  If there were an AP philosophy test, that is.  Which there isn’t.  However, I’d be very careful before using this as evidence of the superiority of French education.  It’s different, surely, but not necessarily better.