The California Supreme Court has decided to make drunk driving convictions even harder to get than they are now: 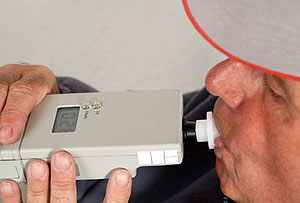 vary depending on an individual’s medical condition, gender, temperature, the atmospheric pressure and the precision of the measuring device, the court said.

“The question is whether a defendant who has a blood-alcohol concentration of 0.08% or more measured by breath is entitled to rebut that presumption that he was under the influence” in certain cases, Justice Carol A. Corrigan wrote. The court’s answer was yes.

….San Bernardino County Deputy Dist. Atty. Mark A. Vos, who prosecuted the case before the court, said the ruling was “going to make DUI trials a little more difficult to put on” because more technical evidence will be permitted. The numbers are going to be flying back and forth in DUI trials, so prosecutors are going to have to adapt,” Vos said.

I guess things have changed.  This kind of evidence was presented ten or fifteen years ago in the DUI case I sat on, but I suppose it must have been outlawed at some point since then.  This court ruling (PDF) makes it admissible yet again.

(Ah, I see: this AP story says the Supreme Court barred drivers from attacking the variability of breath tests in a 1994 case.  I think my case was a year or two before that.)

As a legal matter, this might be the right ruling.  I don’t know — but the decision was unanimous, which suggests there was little controversy about it.  As a practical matter, though, it’s a pain in the ass.  In the trial I sat on, the defense attorney played up this stuff for all it was worth, essentially trying to convince the jury that breathalyzer tests were so variable as to be completely useless.  And it almost worked.  Most of the jury was initially willing to let our guy walk because they were so confused by all the testimony that they figured there just had to be reasonable doubt.  It basically turned the case into a circus — and one that, needless to say, can only be played by wealthy defendents who can afford fancy lawyers.

I was disgusted by the whole thing.  If there’s a very specific reason to think a particular breath test is wrong — equipment malfunction, relevant medical condition, etc. — then I wouldn’t mind this kind of testimony.  But just as a general catchall to allow defense attorneys to throw mud on the wall and confuse people?  No thanks.