As you may be aware if you pay attention to other precincts of the blogosphere, Betsy McCaughey was on Fred Thompson’s radio show a couple of weeks ago warning listeners about a hidden outrage in the House healthcare bill:

McCaughey said “Congress would make it mandatory — absolutely require — that every five years people in Medicare have a required counseling session that will tell them how to end their life sooner.” 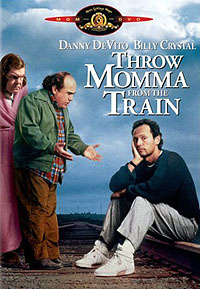 She said those sessions would help the elderly learn how to “decline nutrition, how to decline being hydrated, how to go in to hospice care … all to do what’s in society’s best interest or in your family’s best interest and cut your life short.”

This is so ridiculously untrue that you almost have to admire the sheer brass of the thing, but in any case it’s lit up a firestorm in right-wing circles.  Mickey Kaus has some advice:

Tip for Dems: If you don’t want people to think that subsidized, voluntary end-of-of-life counseling sessions are the camel’s nose of an attempt to cut costs by limiting end of life care, then don’t put them in a bill the overarching, stated purpose of which is to cut health care costs! … I mean, did that provision have to be in the bill? If it really was just an added “benefit” for patients that had nothing to do with cutting costs (which I don’t believe for a minute), did it even belong in the bill? Isn’t there some group of Congressional Democrats — let’s call them “the leadership” — whose job it is to prevent their co-partisans from inserting into major legislation relatively minor provisions that will have the effect of sinking the whole package?

I get Mickey’s point, but I wonder if he’s asking the impossible.  As near as I can tell, movement conservatives are geniuses at plucking obscure provisions out of bills and twisting them with an abandon that would make Huey Long blush.  Maybe it’s a dark art, but it’s still an art — and conservatives are its Rembrandt.

Now, maybe Dems should have figured this out anyway and ditched the relevant wording before the bill got out of committee.  After all, if you’re playing in the big leagues, you have to hit big league pitching.  Still, think about this: we’re talking about someone who saw a routine provision about advance care directives and somehow realized she could turn it into “Democrats want to kill your grandma!”  And it worked!  What sane person could have seen that coming?  What’s more, even if some bright Democratic staffer had seen it and presciently sent it to the deep freeze, does anyone doubt that someone who could sniff out such murderous possibilities in a funding provision for advance care planning would have any trouble finding something else to take its place?  You’d have to gut the entire bill before you could be sure it was sufficiently sanitized against satanic skills like that.

No, the only answer is to assume that this kind of chain email fodder is always going to crop up and be ready to fight back against it.  Which, so far, doesn’t really seem to be happening.  That’s the real problem.