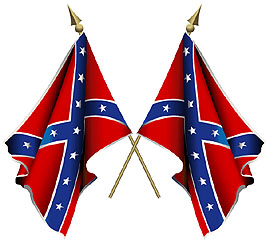 Not all Southern Republicans are wing nuts. Nor does the GOP have a monopoly on ignorance or racism. And, the South, for all its sins, is also lush with beauty, grace and mystery. Nevertheless, it is true that the GOP is fast becoming regionalized below the Mason-Dixon line and increasingly associated with some of the South’s worst ideas.

It is not helpful (or surprising) that “birthers” — conspiracy theorists who have convinced themselves that Barack Obama is not a native son — have assumed kudzu qualities among Republicans in the South. In a poll commissioned by the liberal blog Daily Kos, participants were asked: “Do you believe that Barack Obama was born in the United States of America or not?”

Southern Republicans, it seems, have seceded from sanity.

Well, look, I like magnolia groves and bluegrass music too, but let’s call a spade a spade.  Parker never actually uses the word “white” in her column, but later on she makes it clear that’s what she’s talking about.  Not “the South.”  Not “Southern Republicans.”  Southern whites.

Parker says Republicans need to “drive a stake through the heart of old Dixie,” and she’s right.  The rest of us need to help.

NOTE: Penultimate paragraph redacted on advice of my frontal lobe.