Did you see prediction guru Bruce Bueno de Mesquita on Jon Stewart last night?  He’s the guy who claims that the CIA says his judgments are accurate 90% of the time.  Fellow forecasting guru Philip Tetlock describes his methodology:

Bueno de Mesquita declares that, once we have mapped the option space, we simply need to follow his four-step formula for making accurate predictions. First, get the best-possible experts to identify every individual or group with a “meaningful” interest in trying to influence the decision. Second, get the experts to estimate as accurately as possible which options each of the identified players is advocating in private — that is, what they want. Third, get experts to estimate how big an issue this is for each of the players — how motivated they are to prevail. Fourth, get experts to estimate the relative political clout or influence of each player in this issue domain. 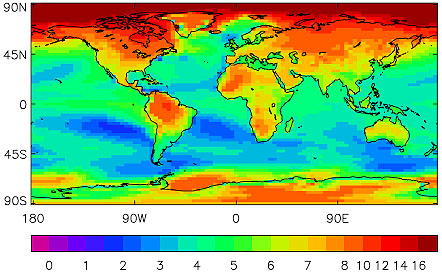 OK then.  So what does Bueno de Mesquita think about the odds of getting any kind of serious global action on climate change?  Our own Michael Mechanic asked him:

MJ: What’s the outlook for Copenhagen?

BBdM: Our analysis shows that the Copenhagen setting will be used to put together what I would describe as a feel-good agreement without teeth….The analysis shows that over the first few years there will be improvement, and then commitment will erode steadily and move away from enforcing the agreement. At the same time, technology changes will be pushing in a positive direction. The other thing this shows is that if the US were committed to a fundamental change in greenhouse gas emissions, it doesn’t need Copenhagen; it doesn’t need an international agreement. This could be done unilaterally. If Congress decided that it’s gonna put a fixed tax on gasoline to ensure that gas doesn’t fall below some optimal price, say $5 a gallon, people would change their behavior. There’s nothing stopping the US from doing that.

MJ: So somebody has to commit political suicide to make this happen?

BBdM: That’s probably correct. Every sensible politician will be in favor of something happening off of their watch: Yes, we will commit to reducing greenhouse gas emissions starting year X — X being the year they’re no longer in office.

MJ: Was anything surprising about these results?

BBdM: What surprised me is that support built a head of steam, but it collapses quite dramatically within 5 to 10 years. I was surprised at how quickly and sharply it erodes.

Well, that sucks.  The only glimmer of good news here is that Bueno de Mesquita didn’t do this analysis himself.  A bunch of his undergrad students did it.  They were “a particularly smart group of kids,” he says, but still.  Undergrads have been known to be wrong before, haven’t they?