I remember the first time I happened to read an article about the size of the audience for cable news.  It was years ago, and at first I thought I was reading it wrong.  Were the numbers in millions?  Or indexed in some weird way I didn’t understand?  But no.  The audience for cable news throughout the day tends to be in the hundreds of thousands.  In other words, maybe 1% of the country on a good day.  Matt Yglesias comments:

The three networks combined have an aggregate daytime audience of roughly zero. But even though the audience, looked at nationally, amounts to rounding error the networks are hugely popular among the tiny number of people who work in professional politics. 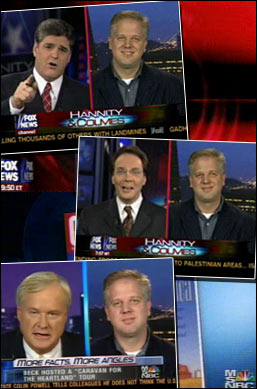 Just like traders have CNBC and Bloomberg on in their offices, political operatives are constantly tuned in to what’s happening on cable news. The result is a really bizarre hothouse scenario in which people are basically watching . . . well . . . nothing, but they’re riveted to it. How things “play” on cable news is considered fairly important even though no persuadable voters are watching it. And cable news’ hyper-agitated style starts to infect everyone’s frame of mind, making it extremely difficult for everyone to forget that the networks have huge incentives to massively and systematically overstate the significance of everything that happens.

I guess I’m lucky in a way.  I find TV so distracting that I can’t really write when it’s on.  So, since I write for a living, that means I never have it on.  It helps keep my blood pressure — well, not low, exactly, but at least I’m not having hourly seizures.

On the other hand, it also warps my view of the political world.  An awful lot of the frenzy in politics is driven by cable news, and I hardly ever see it.  My view of the world is driven mostly by reading the mainstream print press and partly by reading blogs.  And while the blogosphere is doing its best to evolve into a written version of cable news, it’s not quite there yet.  So on a day-to-day basis, things actually seem calmer and more sober to me than they really are.

I’m not sure what to do about that.  Probably nothing.  In a way, I’m missing out, but in another way, my view of the world is actually closer to that of ordinary people, who aren’t immersed in this hothouse and have no idea that most of the micro-frenzies we write about every day have even happened.  But it’s worth noting that this is something that makes politics even more inscrutable to most people than it should be even on its own merits.  Things happen that make no sense, and the reason they make no sense is because the driving force behind them is some passing daily outrage that no one except Wolf Blitzer and Sean Hannity and their few thousand viewers care about.  Unless you’re one of those few thousand — and very few of us are — you’ll be forever perplexed.  This is, needless to day, probably not a great idea in a liberal democracy.