ABC News reports that in the past 16 months the number of people who believe in global warming has dropped 8 percentage points.  But the drop is skewed almost completely by ideology: among liberals and moderates there’s been a change of only a couple of points, which might just be statistical noise.  Among conservatives, belief in global warming has dropped a whopping 13 points. 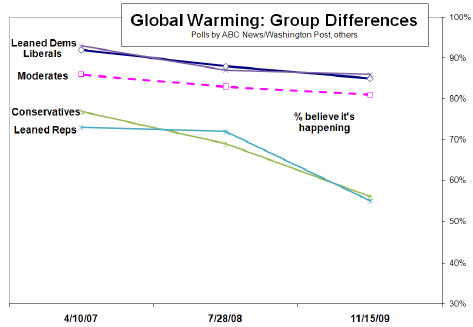