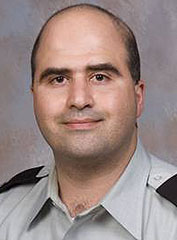 Writing about the Ft. Hood massacre, one of Jonah Goldberg’s readers offers the following: “I would say that an act which is unexpected and carried out with the intention to kill indiscriminately for the sole purpose of punishing those who do not hold your beliefs is an Islamic terrorist act.”  Goldberg responds:

I am very uncomfortable with the idea that I might sound like I’m trying to diminish the guy’s crimes. He committed treason and murder. It was a cowardly act. If we are at war, then it was a war crime.

But I think the reader’s definition of terrorism might move us into dangerous territory. In Pakistan, we launch missiles at people’s homes with civilians in or around them to take out al Qaeda leadership. But I wouldn’t call that terrorism. I’m just uncomfortable with the word terrorism metastasizing into “anything the bad guys do to us.” Why not call what Hasan did a war crime? Terrorism is a war crime but not all war crimes are terrorism.

I think that’s right, and it’s nice to see some pushback from the right on this.  There’s a lot of evidence to suggest that Nidal Malik Hasan was (a) quite mentally disturbed and (b) motivated by religious beliefs, but that doesn’t make what he did a terrorist act.  Unlike, say, a suicide bomber in Jerusalem, there’s hardly even a hint that he was trying to make any kind of political statement.  There was no note, no videotape left behind, no explanation while he was shooting, no nothing.  What kind of terrorist does that?