I’ve kept silent about Yemen so far because I don’t want to even begin to pretend that I know anything about the place. But, like everyone else, I’ve been reading about it, and I have to say that this paragraph from Richard Fontaine and Andrew Exum is probably the most enlightening one I’ve seen so far:

Yemen’s economy depends heavily on oil production, and its government receives the vast majority of its revenue from oil taxes. Yet analysts predict that the country’s petroleum output, which has declined over the last seven years, will fall to zero by 2017. The government has done little to plan for its post-oil future. 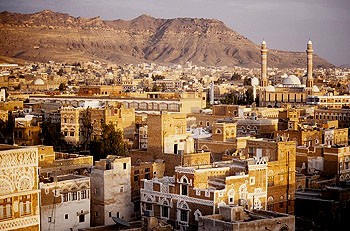 Yemen’s population, already the poorest on the Arabian peninsula and with an unemployment rate of 35%, is expected to double by 2035. An incredible 45% of Yemen’s population is under the age of 15. These trends will exacerbate large and growing environmental problems, including the exhaustion of Yemen’s groundwater resources. Given that a full 90% of the country’s water is used for agriculture, this trend portends disaster.

So Yemen’s population has tripled since 1975 and will double again by 2035. Meanwhile, state revenue will decline to zero by 2017 and the capital city of Sanaa will run out of water by 2015 — partly because 40% of Sanaa’s water is pumped illegally in the outskirts to irrigate the qat crop.

Bizarrely, even after writing this, Fontaine and Exum follow up with this:

Given the threat posed not just by terrorism but by the potential for nationwide instability, the United States should move toward a broader relationship with Yemen, still focusing strongly on counter-terrorism but also on economic development and improved governance….Over the weekend, Obama pledged to double aid to Yemen, but this money must be spent strategically. Several areas are ripe for foreign help, including training and equipping counter-terrorism forces, bolstering border security and building the capacity of the coast guard, expanding counterinsurgency advice to the Yemeni government and expanding programs focused on basic governance and anti-corruption.

Even though they say that economic development is important, nearly their entire list is dedicated to military aid of one kind or another.1 But it’s hard to see what good that will do to help a country with a soaring population, no revenue, and a rapidly dwindling water supply. Frankly, it’s a little hard to see how anything is likely to have much impact on a country with problems that severe. And until those problems are addressed, it’s also hard to see how even the best designed and executed counterterrorism program can have more than a very limited effect. More here from Marc Lynch, who basically seems to agree: “So what should the U.S. do? Pretty much what it’s been doing in the Obama administration, which has in fact been thinking seriously about Yemen all year and which has quietly been working there in some constructive and some unconstructive ways. It’s never as satisfying as a morally pure call to battle. […] But the administration shouldn’t fall into the trap of thinking it must “do something” to fend off political harping from the right and end up over-committing… or taking steps which ultimately make the situation worse.”

1There’s more detail in the policy brief that their op-ed is drawn from, but it’s still focused almost exclusively on military and counterterrorism programs.