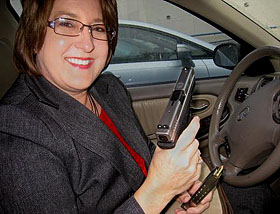 May I just say that Beck and the conservative blogosphere are doing themselves proud by dumping Medina.

Ah, the soft bigotry of low expectations. Debra Medina has flirted with 9/11 trutherism, apparently thinks there’s Soviet brainwashing afoot in the Texas police, believes Texas should be nullifying more federal laws, has been forced to deny that she’s a Bilderberger, and has been disowned as a nutjob by Glenn Beck. Glenn Beck! And of course she’s an unknown candidate running for governor against two longtime conservative stalwarts, so dropping her like a hot potato is pretty much cost-free. If you can’t dump someone like that, who can you dump?

On a more serious note, Dave looks at the bigger picture:

I think because the mainstream media were slow to cover the Tea Parties as anything but a ridiculous joke, there’s been a lot of overcompensating that imbues these activists with fresh, bold, out-of-nowhere political tactics. But that the fact is that some people on the political fringes have made lateral moves from Alex Jones-listening or Obama birth certificate-sleuthing or Bilderberg-obsessing into the Tea Party Movement. And if Glenn Beck hadn’t decided to see how far Medina wanted to go with this, she’d be on track to get into a gubernatorial run-off.

FWIW, I don’t think the tea party movement has any more chance of a long political life than Sarah Palin. Of course, for those of you who think I’m dismissing Palin too cavalierly, that might be bad news.