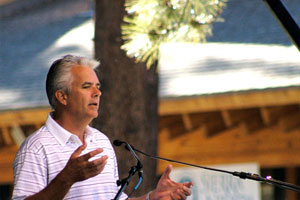 Democrats have suffered through their share of bad behavior lately, but honestly, none of it compares to the travails of Republican Sen. John Ensign. I mean, the guy had an affair with his top aide’s wife, paid out hush money in a way plainly intended to skirt IRS reporting rules, and then worked illegally to get his ex-aide some consulting income doing congressional lobbying. “Senator Ensign has stated clearly, he has not violated any law or Senate ethics rule,” says Ensign’s flack, but Ensign can say it as clearly as he wants. The evidence says otherwise.

Today, the New York Times got hold of some emails suggesting pretty clearly that Ensign, who was “a bit rattled” according to one of the messages, intervened with a guy named Bob Andrews, who was trying to get help with some energy projects in Nevada:

According to the documents, Mr. Ensign forwarded the note about the company’s business plans to Mr. Hampton with a message of his own saying: “I think you have played golf with him. This is who I met with.”

That led to a series of meetings between Mr. Hampton and Mr. Andrews about consulting work. “It was my understanding he was in the lobbying business,” Mr. Andrews said of Mr. Hampton. “Being able to lobby our Congressional and senatorial lawmakers was certainly something we were exploring.”

A typical excerpt from one of Hampton’s emails to Ensign is below. How this guy manages to stay in office mystifies me. I guess he must have taken lessons from David Vitter and Mark Sanford. 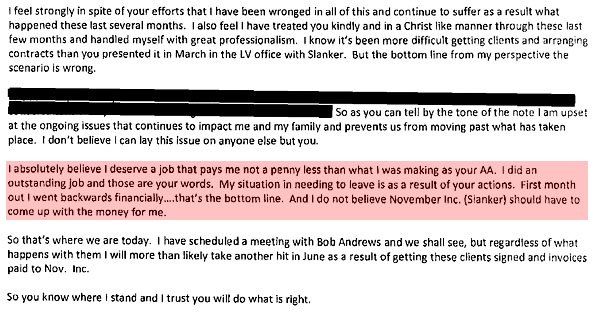