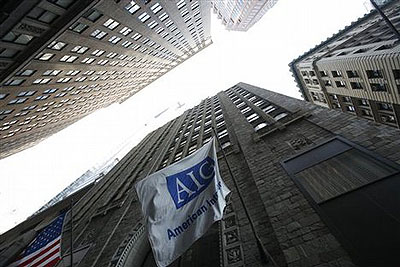 Scott Payne is unhappy with my approach to regulating the financial sector:

Kevin Drum [] has chimed in on the idea that breaking up America’s largest banks is unfathomable and that suggesting it as a course of action is the equivalent of arguing for the status quo. Like Kevin, I’m out of my league getting into the specifics of financial reform, but it is striking to me how much the arguments that are being proffered by mainstream liberals on this topic are beginning to mirror their approach to health care reform. It seems like you can’t swing a credit default swap without hitting some piece of writing where a respected liberal voice is saying,

Yes, of course we would all like A, but A is just not in the stars so we’ll aim for B. And while B is vastly inferior to A, if you demonstrate the audacity to criticize us for doing B instead of A because B won’t really work, then you are clearly not interested in any real reform in the first place.”

Meanwhile, there is polling available that demonstrates that the public is interested in A (be it breaking up the banks or instituting a public option) and that an honest effort at achieving A would actually bolster support for Democrats’ efforts overall. This is even more the case for financial reform than it was for health care reform.

I’ve heard this same criticism from a couple of different places, so it’s worth explaining why I think this is 180 degrees wrong. It’s roughly based on the idea that since people like Kevin Drum were willing to compromise on healthcare, their position on financial reform must be a sellout too. But it ain’t so.

It’s true that I think trying to break up big banks is politically unfeasible, but that’s not the main reason I’m lukewarm on the idea. The main reason is that I think it’s a second-best idea. By far the most fundamental issue in the 2008 meltdown was excessive leverage and inadequate capital. It wasn’t the only problem, but it was absolutely the core one. And I want to focus my energy on facing up to the biggest, most fundamental problem, not a side issue.

I’ve talked about leverage enough that I don’t think I have to repeat my arguments about it here. But what about bank size? Why do I think it’s a side issue? There are two reasons, based on the two big arguments for limiting bank size.

First is the argument that big banks are dangerous and the federal government will always be on the hook to rescue them if they go bad. Which is true. But look at the U.S. institutions that caused the most trouble during the financial meltdown. Bear Stearns and Lehman Brothers were relatively small. They wouldn’t have been affected by an asset cap. Mortgage specialists like Countrywide and IndyMac weren’t very big either. Fannie Mae and Freddie Mac were GSEs. Reserve Primary was a money market fund. The monolines were relatively small, and AIG FP was a small branch of an otherwise garden variety insurance company.

Now, there were two big banks, Citi and Bank of America, that got in trouble and needed rescuing. But overall, size simply wasn’t a leading indicator of systemic trouble. Leverage and interconnectedness were. That’s what we should be focusing on.

The second argument is one of political economy: big banks have too much lobbying power. We’ll never get the financial sector under control as long as gigantic financial firms are around. But this really doesn’t hold water. The most common asset cap I’ve seen proposed is something on the order of $500 billion. How many banks would be affected by this? Basically, four: Citi, BofA, JPMorgan Chase, and Well Fargo. Depending on how the rule was written, maybe Goldman Sachs and Morgan Stanley would have to trim down a bit too. But that’s it.

Now think about this: do you really think the power of Wall Street literally depends on these four firms? It doesn’t. It depends on the size and profitability of the entire sector. If, instead of those four gigantic banks, we had a dozen big banks, would the sector have any less political clout? Would it have fewer lobbyists? Would it earn less money? Would its campaign contributions be any less? No, no, no, and no.

I don’t want to take this argument too far. Breaking up big banks might be a useful thing to do. Even if it’s not where the main risk of systemic damage resides, it’s where some of it resides. And even if the political power of Wall Street is mainly based on the size of the financial sector as a whole, having a few gigantic players might magnify that power. On balance, limiting bank size might be a good idea.

This is an important argument. I think that people who focus on bank size are mistakenly picking something that seems like a quick and easy solution instead of focusing on the one thing that the financial sector really fears: serious limits on their ability to make money via massive leverage. It’s more complicated than “Break up the banks!” and it’s harder to rally the troops around, but it’s the big battleground. Breaking up Citigroup would be a consolation prize by comparison.