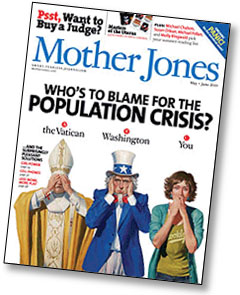 Faced with a world that can support either a lot of us consuming a lot less or far fewer of us consuming more, we’re deadlocked: individuals, governments, the media, scientists, environmentalists, economists, human rights workers, liberals, conservatives, business and religious leaders. On the supremely divisive question of the ideal size of the human family, we’re amazingly united in a pact of silence.

….Voiced or not, addressed or not, the problem of overpopulation has not gone away. The miracle of the Green Revolution, which fed billions and provided the world a sense of limitless hope, also disguised four ominous truths about Earth’s limits. First, the revolution’s most effective agents, chemical fertilizers of nitrogen and phosphorus, are destined to run out, along with the natural resources used to produce them. Second, the fertilizers, pesticides, and herbicides that grew the food that enabled our enormous population growth in the 20th century bore expensive downstream costs in the form of polluted land, water, and air that now threaten life. Third, crop yields today are holding stubbornly stable and even beginning to fall in some places, despite increasing fertilizer use, in soils oversaturated with nitrogen. The Green Revolution’s duplicitous harvest — giving life with one hand, robbing life-support with the other — also masked a fourth ominous truth. We’re running out of topsoil, tossing it to the wind via mechanized agriculture and losing it to runoff and erosion.

Want to chime in? We’re hosting a forum on population with Paul Ehrlich, Fred Pearce, Martha Campbell and others starting today. If you have questions, comments, or dissents, click here to join the conversation.