Check this out. Apparently the White House has set up a site called Fatherhood.gov, and among other tips for high quality male parenting it suggests watching a ball game on TV with your kids and then chatting with them about their lives 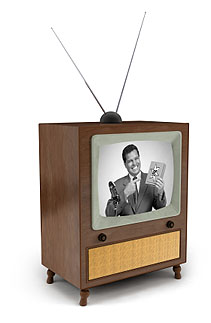 during commercials. To encourage high quality chatting, however, the site suggests muting the commercials, and Ira Stoll is outraged:

Wow. I understand that Stoll is probably still cranky over the failure of the New York Sun — and so am I, since I liked their crossword puzzle — but seriously. Muting commercials is your beef against Barack Obama and his socialist minions? And conservatives wonder why the rest of us think their entire movement has gone stone crazy?