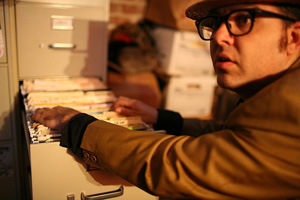 Should we ban businesses from pulling your credit score as part of their hiring process? Megan McArdle thinks it’s a lousy practice, but not one that the government should prohibit:

I’ve no doubt that there are a few people out there who have been unjustly hurt by this; but we cannot regulate every bad business decision that hurts a few people. Each regulation may sound fine on its own, but collectively, they massively raise the compliance cost of starting a business and hiring workers, two things we want to support. So we need to set some sort of bar to ensure that we’re only regulating things that have substantial, widespread negative impact.

Yesterday I used this as the jumping-off point for a massive lament on the subject of how liberals talk about regulation, but today I want to make a much more specific point: I don’t think of this as a regulation that should be aimed at small businesses or at hiring managers in general. Rather, I think of it much more broadly as a regulation that should be aimed at the credit reporting agencies who are aggressively marketing this service. In the same way that medical records are available only to people with a legitimate medical need, I think that credit records should be available only to those who actually extend credit. Beyond that, they’re private. Employers don’t get them, the FBI doesn’t get them, journalists don’t get them, and my neighborhood association doesn’t get them. I don’t care how much each of these people really, really thinks it would be handy to have a peek at them. Short of a subpoena or a court order, my financial records are my business. You can’t have them.

Does this raise the compliance cost of starting a business? Hardly. If a prospective employer asked my doctor for a copy of my medical records, he’d just say no. The compliance cost is zero. Ditto for credit scores. Until a few years ago no one bothered 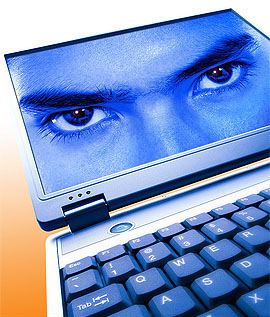 asking for them, and if releasing these records were prohibited, they’d go back to not bothering. The compliance cost is zero. As for the credit reporting agencies, they’ve been placed in a privileged position where they’re allowed to collect sensitive privateinformation — just as doctors and banks and census takers are. That privileged position means they have a heightened responsibility for maintaining privacy, not a license to use their databases for anything that can make them an extra buck or two.

I’m a privacy crank. I know that I don’t always persuade people that we should take this stuff more seriously, especially in an era of Facebook and Twitter and thousands of databases just a mouse click away. But I wish we would. As Megan points out, “I sort of suspect it’s not the CFO who has to submit to the indignity of having HR paw through his credit card utilization and unpaid library fees.” If CFOs deserve to have their privacy respected, so do the rest of us.

UPDATE: Just to make myself clear: I’m not proposing that we make any changes to employment law regs. Let employers do whatever they want. I am proposing that we write a regulation prohibiting credit reporting agencies from releasing credit information to anyone not directly involved in extending credit. This wouldn’t add any burden to businesses or give them any additional rules they have to know about. It only affects the credit bureaus.