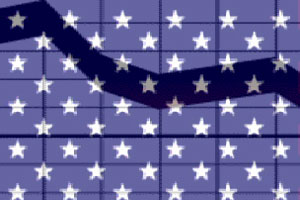 A little while back I was talking (well, emailing) with MoJo’s editors about possible election-related stories for our next issue. One idea I pitched was, basically, about how nothing matters in national elections except the economy and a couple of other smaller issues — primarily candidate quality, the current party balance, and who holds the White House. But mostly the economy.

In the end I decided to write about something else because, let’s be honest: this subject is kind of a downer. Who really wants to read a few thousand words about how nothing we do really matters because the election will be almost entirely decided based on the state of the economy a few months before November? Probably not too many people. But that didn’t stop Ezra Klein, who’s perfectly willing to spill the bad news:

We think of campaigns in terms of people, but they’re often decided by circumstances. “The media and the popular mind really think that candidates and the campaigns make a huge difference,” says Michael Lewis-Beck, author of “Forecasting Elections.” “But it’s not as big a difference as the fundamentals operating behind the scenes every day.” In some ways, that’s comforting: Politicians are judged more on the condition of the country than on the elegance of their campaign.

But for the Obama administration, it’s likely chilling: The economy is still weak, and there aren’t 60 votes in the Senate for further stimulus spending. And even if there were, it is too late for them to make a major difference in the economy before November. Democrats needed to pass a bigger stimulus back in 2009, not in late 2010. What they do from here might help the economy, but it’s not likely to affect their reelection.

Does the truth really set you free? Or just bum you out? I guess it depends. In any case, Ezra’s crack team at the Post has also put the truth into chart form: on the left is presidential results based on the state of the deficit, and it’s a messy plot that tells you nothing. Nobody, it turns out, cares about the deficit even if they say they do. On the right is presidential results based on the state of income growth, and guess what? Everyone cares about their incomes. That’s a nice, clean regression line.

By the way, this chart also shows the power of incumbency. The main overperformers (i.e., candidates who did better than the state of the economy predicts) were in 1996, 1956, 1984, 1972, and 1964. All of these were one-term incumbents seeking reelection. Conversely, the main underperformers were 1952, 1968, and 2000. All of these involved an incumbent party that had already been in office for two terms or more. Basically, a combination of economic growth and boredom determines presidential elections almost completely.

And midterm elections? Pretty much the same deal. But despite what I said at the top, don’t let this fool you into thinking that working hard for your candidate or your party doesn’t matter. These models work because they assume that both sides are fighting hard and basically cancel each other out. If you give up and leave your fate in the hands of the gods, you’ll soon discover that the gods are not amused.