Dan Drezner fully supports the construction of Cordoba House (i.e., the “Ground Zero” mosque) but says there’s one argument against the mosque’s opponents that he’s tired of:

I’m getting really sick of “the terrorists will win” line of criticism being levied against those wishing to prevent construction of the mosque. Over the past few days, I’ve seen bipartisan criticism of the mosque criticism along the lines of, “this line of argumentation is the best way to help Al Qaeda.”….You know, I remember oh so many years ago the constant use of “if you say X, or criticize policy Y, or challenge official Z, then the terrorists win” kind of discourse. It was horses**t then, and it’s horses**t now. I’ll be damned if I’m going to see debate in the United States circumscribed because of fears of how Al Qaeda will react.

….Should Sarah Palin, Newt Gingrich, Abe Foxman et al be criticized for making ill-informed, incoherent, and idiotic arguments? Sure, and as loudly as possible, please. But 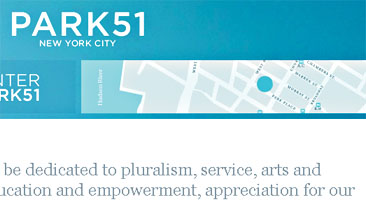 quit bringing Al Qaeda into it. Silencing debate on national security grounds is so very 2002.

I think this is right, but too narrow. I agree that the Cordoba House controversy is unlikely to have more than a minuscule direct effect on al-Qaeda and its sympathizers. But there are still a couple of related effects that are important. The first is the impact that it has on Muslim public opinion in general. This probably isn’t huge either, but it’s one more straw on the camel’s back, and as such it’s certainly not helpful to U.S. security. Second, this controversy promotes the idea that we’re engaged in a war of civilizations, not just a fight against the al-Qaeda franchise, and this does national security no favors either.

And while we’re at it, there’s a third effect: one of the reasons that there’s been virtually no homegrown Muslim terrorism in America is because, even imperfectly, we’ve always done a pretty good job of allowing Muslim immigrants to assimilate, to worship freely, and to work without discrimination. Because of this, there’s very little of the resentment and bitterness that’s helped to fuel terrorist cells in Europe. Call me naive, but I’d say this is a national security plus. Why would anyone want to endanger it?

In related news, I think Doug Mataconis has lost his marbles if he’s impressed by this statement from New Jersey governor Chris Christie:

“We have to bring people together. And what offends me the most about all this, is that it’s being used as a political football by both parties. And what disturbs me about the president’s remarks is that he is now using it as a political football as well….My principles on this are two-fold. One, that we have to acknowledge, respect and give some measure of deference to the feelings of the family members who lost their loved ones there that day. But it would be wrong to so overreact to that, that we paint Islam with a brush of radical Muslim extremists that just want to kill Americans because we are Americans. But beyond that….I am not going to get into it, because I would be guilty of candidly what I think some Republicans are guilty of, and the president is now, the president is guilty of, of playing politics with this issue, and I simply am not going to do it.”

Asked if he’d call upon both parties to stop, he said, “Well, that again will be playing politics with the issue. I said what I feel about it, and I don’t believe it is up to me to pontificate on other people about what they should do. I just observe what I observe.”

A political football from both parties? Spare me. Republicans, and the right more generally, have spent weeks demonizing the proposed mosque. They’ve painted it as treacherous, insensitive, and a menace to American values. Fox News has been been running the outrage machine 24/7. A-list pundits and top elected officials have joined in. But when, finally, Barack Obama steps in with a modest statement of support for religious freedom, both parties are now equally inclined to demagoguery? Give me a break.

As for Christie himself, will he take even a modest stand for tolerance? Goodness no. Then he’d be playing politics. He’s merely an observer, you see.

Uh huh. Anyone here actually buy this? Let’s see a show of hands.