Jon Cohn says that if Time’s Michael Grunwald is enthusiastic about the 2009 stimulus bill “then you should be, too.” OK then! But why should I be so enthusiastic? Because beyond the short-term tax cuts and jobs creation in the bill, about a sixth of it is dedicated to longer-term projects:

For starters, the Recovery Act is the most ambitious energy legislation in history, converting the Energy Department into the world’s largest venture-capital fund. It’s pouring $90 billion into clean energy, including unprecedented 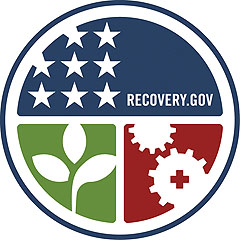 investments in a smart grid; energy efficiency; electric cars; renewable power from the sun, wind and earth; cleaner coal; advanced biofuels; and factories to manufacture green stuff in the U.S.

….The stimulus is also stocked with nonenergy game changers, like a tenfold increase in funding to expand access to broadband and an effort to sequence more than 2,300 complete human genomes — when only 34 were sequenced with all previous aid. There’s $8 billion for a high-speed passenger rail network, the boldest federal transportation initiative since the interstate highways. There’s $4.35 billion in Race to the Top grants to promote accountability in public schools, perhaps the most significant federal education initiative ever — it’s already prompted 35 states and the District of Columbia to adopt reforms to qualify for the cash. There’s $20 billion to move health records into the digital age, which should reduce redundant tests, dangerous drug interactions and errors caused by doctors with chicken-scratch handwriting. Health and Human Services Secretary Kathleen Sebelius calls that initiative the foundation for Obama’s health care reform and “maybe the single biggest component in improving quality and lowering costs.”

The whole piece is worth a read — and worth passing along to skeptical friends. There’s nothing really new in it, but it’s a pretty good distillation of a lot of underreported aspects of the stimulus bill. As Grunwald says, it won’t leave behind a trail of physical icons the way the New Deal did, but “it will create new icons too: solar arrays, zero-energy border stations, an eco-friendly Coast Guard headquarters, an ‘advanced synchrotron light source’ in a New York lab. But its main legacy will be change. The stimulus passed just a month after Obama’s inauguration, but it may be his signature effort to reshape America — as well as its government.”