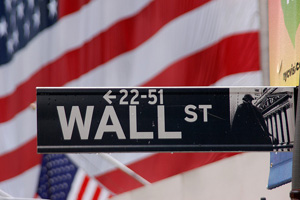 How will we know if the financial reform bill passed in July has worked? A few months ago I mentioned four metrics to watch for:

Of these, the most important and the easiest to measure is the last one: industry profitability. Once you cut through all the chaff and all the technical details, you’re left with a simple truth: a safer, less leveraged banking sector is inherently less profitable than the casino trading and finance-oriented one we have right now—the one that accounted for an astonishing third of all corporate profits in the United States during the Bush era. If profits stay at pre-bubble levels, it almost certainly means that financial reform failed.

It’s too early to tell how reform will turn out, of course, but recently we got a disturbing glimpse. The people in the best position to know how the new regulations are going to affect the banking sector are the bankers themselves, and bankers don’t seem to be very worried. Researchers at an IBM think tank, the Institute of Business Value, did a survey of top financial executives recently and asked them how the new regs were likely 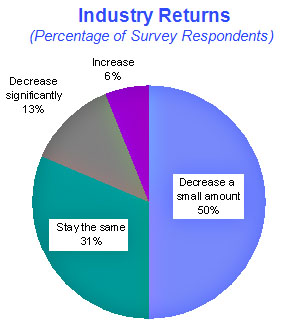 to affect them. Results are at the right: a mere 13% of them thought industry returns would decrease significantly. The vast majority thought returns would be the same or only slightly less.

It’s a small sample—only 54 executives—and maybe they’re just being overoptimistic. But it’s a bad sign that they aren’t a little more worried. (Another bad sign: asked about their top concerns, the #3 answer was figuring how to get around the new regulations.)

Of course, there’s more to banking regulation than just Dodd-Frank. There are also the new capital standards recently adopted by the Basel Committee, and at first glance they seemed gratifyingly stiff. But they were announced two weeks ago, on Sunday the 13th, and when markets opened on Monday the 14th bank stocks shot up. Yet again, the people who are in the best position to judge the real effect of the new regulations didn’t seem too worried.

For now, then, things don’t look so good. Both Dodd-Frank and Basel III are improvements, but the best evidence so far—namely the reaction of people with money at stake—suggests that it won’t be long before Wall Street is back to business as usual. It’s been an opportunity lost.