I read this story back when our November/December issue came out, but I see that it’s now up on the web. It’s Charlie LeDuff’s look at Detroit through the lens of a police tragedy that happened earlier this year while an A&E crew was following a SWAT 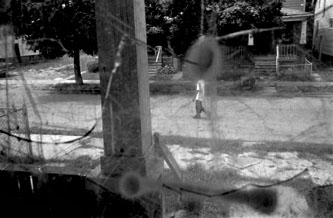 team for an episode of The First 48, one of its reality shows, ending in the death of a 7-year-old girl:

The SWAT team tried the steel door to the building. It was unlocked. They threw a flash-bang grenade through the window of the lower unit and kicked open its wooden door, which was also unlocked. The grenade landed so close to Aiyana that it burned her blanket. Officer Joseph Weekley, the lead commando—who’d been featured before on another A&E show, Detroit SWAT—burst into the house. His weapon fired a single shot, the bullet striking Aiyana in the head and exiting her neck. It all happened in a matter of seconds.

….Compounding the tragedy is the fact that the police threw the grenade into the wrong apartment. The suspect fingered for Blake’s murder, Chauncey Owens, lived in the upstairs flat, with Charles Jones’ sister….”It was a total fuck-up,” [a high-ranking Detroit police official] said. “A total, unfortunate fuck-up.”

But that’s just the start. LeDuff was born and raised in Detroit, and this is one of the best looks at the city and its pathologies that you’ll read. It’s worth a few minutes of your time.